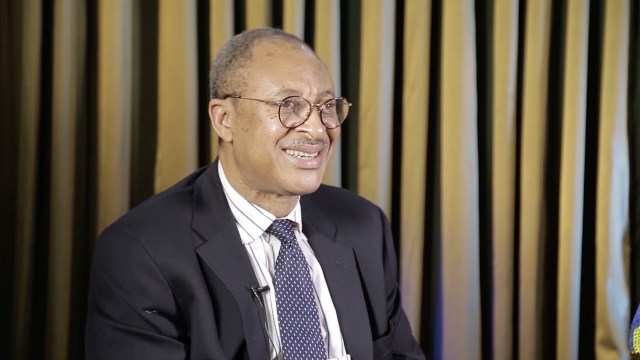 But the media would not let one find that attic in the house of contemplation from which to watch a crippling quest for civilisation, in peace. From such a place it would have been easier to see how the hope Nigerians held out on June 12 was betrayed. So, as the media hunt you down with the ferocity of the Lion in search of breakfast in the wild, and your hopes of being the ultimate Gazelle begins to fade, you offer a quick glance and see with ease why Nigeria is in a three-shock economic crisis and social harmony seems to be breaking down everywhere, from bandits riding roughshod over Sokoto and Katsina, to herdsmen terrorising my hometown in Delta State, Boko Haram giving the North-East a bear hug and kidnappers patrolling the streets of many states, in impunity.

Where head and heart are in the right place, it does not take genius to make miracles and tell stories like those of Singapore, Dubai and even the China Rising and India Charging experiences. The mysteries of how India went from Hindu Elephant to Asian Tiger wannabe, or Dubai from a desert village to the world’s City Centre, are all in the heads and hearts of women and men who were ordinary people the day before but chose to become leaders.

In Nigeria, we simply had the misfortune of state capture by men whose heads and hearts were in the wrong place. When one, the head, for example, was in the right place, the heart was on vacation. The Alchemy that resulted is the mess that now is Nigeria – the squandering of the promise of a nation and the sowing crippling poverty and misery.

The June 12 story and the MKO Abiola odyssey constituted part of that hope, that virtuous longing, that perhaps head and heart were coming together for Nigeria in the Abiola bid for the Presidency. But the forces that deploy darkness prevailed. Since then, this date has become a ping-pong for the games to incorporate and crush the sentiments of joyful expectations of a people-centred leadership which could pull them out of the pit of despair. But the beat goes on. Cry the beloved country. With each new day, the hope that Hope ‘93 and the chant of “Nigeria on the march again” seem to have enkindled, fades further and farther away. Hope that the black man could be salvaged from 1,000 years of servitude by a regarded activist Nigerian state sadly seems to be headed to the dustbin of history from where it began to rise in the 1970s. So, as America’s racist antecedents come to the fore with the Minneapolis killing of George Floyd and the world gasps “I can’t breathe”, Nigeria cannot even imagine what to do as humankind waits for the children of the birth place of humanity to find leadership and liberation from the bondage of being the laughingstock of human history.

So, when June 12 comes around and those who play games for and against it, as a phenomenon and time of importance, start, as I have stated, I often seek to rush into the alcove of my solitude. This is because to engage them throws little light and yields little meaning. But the need to exhale, occasionally pressures expression of opinion, on this day. Still, the morning after, one wants to beat the head over, for lacking the discipline to do something that should be avoided. And the beat goes on. Yes, the pain of watching a dream country slip into a failed state jabs at you like my back pain does these days.

But I am incorrigible and cannot stop querying myself. What have Nigerians done to deserve these kinds of power players and elite who for a mesh of porridge have sentenced so many to lifetimes of gnashing of teeth in the hell their time of being has become, because they were born in Nigeria? It’s their lot to watch a youth bulge that could have been turned into a demographic dividend degenerate into a time bomb of people crammed into the storage bay of goods trucks to be smuggled to other parts of the country, possibly as a fifth column inside in a plan of stealth to generate anarchy and conquer those not watchful. As if the black man does not have enough to shame him.

The 12th of June hurts plenty, perhaps a little worse than my back because it reminds me of those cold but frank words from a leading global statesman at a thought leaders session I attended in Stockholm some 15 years ago: “…Nigeria has lost its strategic relevance.’

We know these conditions were brought to us by men who still walk around with us. They were there in 1993, they are there now and amazingly they actually walk with swagger in this country of the big man.

I think it is unfair, what the comedians often request of God, to send someone who lived in Nigeria to hell is double punishment. He did his time already. The hope vested in that vote on June 12, that it would begin to relieve us of that fear that a Nigerian passport evokes anxiety, remains the big question on a day like this. Quo Vadis Nigeria.

To those who died on the streets protesting the annulment of the election of June 12, may your blood be a fitting oblation that can cause change to come from somewhere. The one solace you may have is that you escaped worse fate because the Nigeria we have is far worse than the one you died fighting to change for better.

But the generation next can expect that a better future is possible. Unless a seed that falls to the ground knows rot, the great tree does not know germination. That the young ones behold the tragedy on yesterday and vow with these same words as headlined my 1993 opinion piece in The Guardian, We must say Never Again, is the new promise.

When I voted on June 12, 1993, and left a few days later to attend a convention in Boston, in the US, I was full of hope until news of the annulment hit me like a ton of bricks and caused me to retire from the convention floor to write that Op-Ed article, We must say never again, which led to the founding of the Concerned Professionals. The CP kept hope alive and gave courage to recreating statesmen and politicians. That was how the military were chased out. This generation must not fear to chase out civilian military as we did a quarter of a century ago. This generation must remember Franz Fanon and his reminder that to every generation is given the historic obligation to discover its mission, and either fulfil it or betray it.

Somehow, we must keep hope alive. Have faith for though sorrow marks the night, with dawn comes joy in the sunshine.

*Utomi, political economist and professor of entrepreneurship, is a co-founder of the Concerned Professionals

Can ‘Japa’ land Nigeria in Japan?