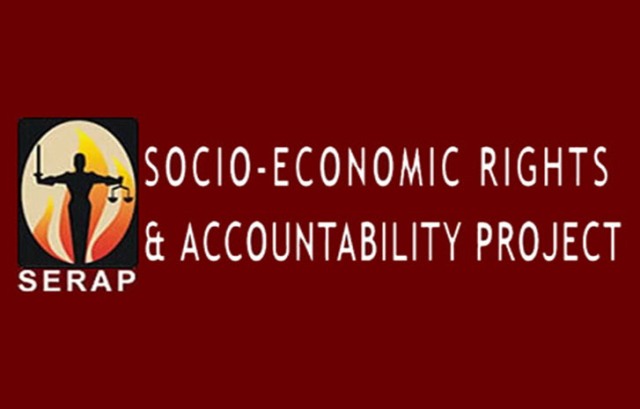 The Socio-Economic Rights and Accountability Project (SERAP) has filed a suit at the federal High Court, Abuja requesting it to issue an order compelling President Muhammadu Buhari to “publish details of loans that have been obtained by the government since May 29, 2015, including the interest rate, the total amount of debts that have so far been incurred by this government, as well as details of the projects on which the loans have been spent.”

In the suit marked FHC/ABJ/CS/785/2020, the attorney general of the federation and minister of justice, Mr. Abubakar Malami, minister of finance, budget and national planning, Mrs. Zainab and director general of the debt management office, Mrs. Patience Oniha are joined as respondents.

The plaintiff prayed the court for “an order of mandamus to direct and compel President Buhari to tell Nigerians the names of countries and bodies that have given the loans, specific repayment conditions, and whether any public officers solicited and/or received bribes in the negotiations for any of the loans, and if there is plan to audit the spending of the loans, to resolve any allegations of mismanagement and corruption.”

The complainant also prayed the court to “direct and compel President Buhari to tell Nigerians if he would instruct the Independent Corrupt Practices and Other Related Offences Commission (ICPC) and Economic and Financial Crimes Commission (EFCC) to monitor the spending of all loans obtained since May 2015.”

The plaintiff contended that the “opacity in the spending of loans would continue to have negative impacts on the fundamental interests of citizens. Transparency would ensure that the loans are not diverted to private pockets, increase public trust that these loans would be used to benefit Nigerians, provide good value for money, and reassure Nigeria’s creditors.”

It stated that the suit “is permitted under the Freedom of Information Act, the African Charter on Human and Peoples’ Rights, and the UN Convention against Corruption to which Nigeria is a state party.”

It also argued that “while access to loans can provide indispensable resources, the mismanagement and squandering of any such resources would be counter-productive. Nigerians should no longer be made to repay debts incurred in their name but which have not benefited them in any manner, shape or form.”

The suit followed SERAP’s Freedom of Information (FoI) request dated 30 May, 2020 to President Buhari, expressing “concerns that while governments since 1999 have borrowed money in the name of Nigeria and its citizens, much of the funds have reportedly been mismanaged, stolen or squandered, leaving the citizens with the burden of having to repay these loans.”

The suit filed on behalf of SERAP by its lawyers, Messrs Kolawole Oluwadare and Adelanke Aremo, read in part: “The massive and growing national debts have continued to have negative impacts on socio-economic development and on Nigerians’ access to public goods and services, including quality education, adequate healthcare, clean water, and regular electricity supply.

“SERAP is praying the court to hold that the interest of the public in publishing the information sought is far greater than any other interest President Buhari may be trying to preserve.”

“Transparency and accountability in the spending details of all the loans that have so far been obtained by the government, and those obtained by previous administrations would mean that the loans can help Nigeria to overcome its acute development challenges, and reduce the possibility of mismanagement and corruption.”

“SERAP is seeking an order to direct and compel President Buhari to disclose information on details of spending of loans obtained by successive governments since the return of democracy in 1999, list of countries and bodies that have given the loans, and specific conditions of repayment of the loans.”

“Obedience to the rule of law by all citizens but more particularly those who publicly took oath of office to protect and preserve the constitution is a desideratum to good governance and respect for the rule of law.”

“The Nigeria government has signed on to the Open Government Partnership (OGP), and the country is a state party to the UN Convention against Corruption and the African Union Convention on Preventing and Combating Corruption.”

It would be recalled that Buhari recently sought the national assembly’s approval for a fresh loan of $5.513 billion, reportedly to fund the 2020 budget deficit, critical projects, and support some states.

No date has been fixed for the hearing of the suit.

Fight for me, Buhari begs

Africa and the ‘corrective coup’ syndrome