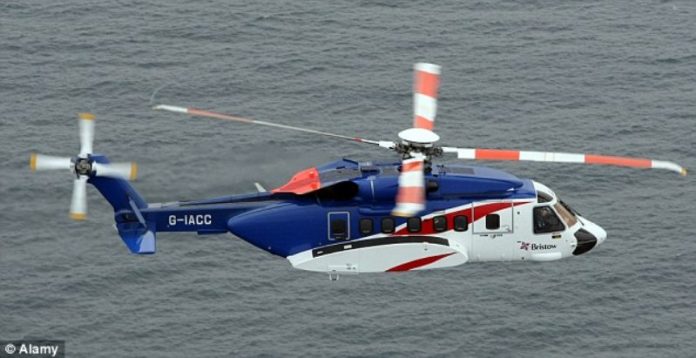 The management of Bristow Helicopters has disproved all the allegations including discriminatory policies and consistent victimisation of the Nigerian employees levelled against it by the National Association of Aircraft Pilots and Engineers (NAAPE).

NAAPE which grounds the operations of the helicopter company nationwide from today, August 3 said the action was taken after talks between Bristow’s management and the workers had broken down.

Other issues in contention are Bristow’s alleged proposal to suspend the condition of service negotiations, deliberate subversion of established terms of agreement with NAAPE, failure to train qualified Airline Transport Pilot License (ATPL) and failure to fully reimburse individuals who successfully completed their ATPL through self-sponsorship, disproportionate matching and capped reimbursement cash figures for self-sponsored pilots on ATPL with an employment bond of N30 million.

NAAPE also alleged the airline’s bench-marking salaries of indigenous pilots and engineers to “an obsolete rate of N345/$1” coupled with the recent insistence on their proposal to implement N355/$1, a rate which it (NAPE) said is not obtainable on any foreign exchange window in the world while still paying expatiate staff their full remuneration in US dollar.

Other allegations are the airline’s failure to train qualified persons in Airline Transport Pilot License (ATPL) and failure to fully reimburse individuals who successfully completed their ATPL through self-sponsorship, disproportionate matching and capped reimbursement cash figures for self-sponsored pilots on ATPL with an employment bond of N30 million, which NAAPE described as unethical and sharp practice.

The association slammed the firm for its usual way of jettisoning negotiated agreements citing the case of systemic dissolution of engineering work shift in Eket operations.

The association said the indefinite strike would entail complete withdrawal of services indefinitely until the issues under contention are fully resolved and warned saboteurs and expatiates not to engage in any actions which may be viewed as sabotage.

But the airline in a statement (Read details below) on Monday refuted all the allegations.

It further stated that since its establishment in 1969 the airline “has trained and employed more national pilots and engineer in the industry, and at very significant costs.”

“Contrary to NAAPE’s assertion that all negotiations have broken down, the company remains willing and prepared to continue dialogue with NAAPE but NAAPE have elected to abandon negotiations to embark on a strike action which is both illegal and unwarranted.

“NAAPE has highlighted some issues as being “under contention” and it is necessary to clarify these issues, most of which arise out of an agreement executed in 2019 between Bristow and NAAPE (“the 2019 Agreement”).

“Bristow proposed to put a ‘pause’ on the Pilots and Engineers Conditions of Service (COS) negotiations recognizing the recent global outbreak of COVID 19, the plummeting of global oil prices and the mandatory 22% OPEC cuts to Nigeria’s crude oil production – All which have had a significant impact on our business and capacity utilization in Nigeria.

“It is important to state that notwithstanding the economic challenges in the aviation industry since the spread of Covid 19 Bristow pilots and engineers have remained the best paid in their industry and have not suffered any reduction or change in their salaries, at a time when operations have reduced by 50%.

“In the 2019 Agreement the parties agreed the relevant exchange rate at which the salaries of Bristow Pilots and Engineers would be calculated. In the agreement, both parties agreed on NGN345/$1 (at a time when the CBN exchange rate was NGN306/$1) with a provision for adjustment if the NAFEX rate moves in either direction by 20% or more.  Currently, the NAFEX rate has not reached the agreed threshold.  Bristow has fully complied with the provisions of the agreement with NAAPE.  By its demand, NAAPE is seeking to act contrary to the legally binding agreement it signed voluntarily.

“In the signed 2019 agreement, Bristow committed to full sponsorship of up to four senior first officers SFOs within a financial year for their ATPL course, dependent upon operational requirements and the prevailing market realities. Three individuals were identified, and the process of training commenced. Unfortunately, and through no fault of Bristow, the selected individuals were unable to obtain the necessary travel and study visas. Furthermore, the proposed school identified was unable to obtain the required accreditation from the US Government for them to be used as a fully licensed training organization. Bristow has documents to prove that the claim of non-reimbursement of funds for self-sponsored pilots is false as two senior first officers SFOs (who have now been promoted to Captains) have been reimbursed fully for the cost of their ATPL courses.

“Bristow rejects the accusation of any sharp practice regarding bonding of Pilots. The pegged ATPL reimbursement cost is in line with the costs presented to the company by individuals seeking reimbursement.

“The implementation of the engineering matrix is in line with the 2019 Agreement. NAAPE is now demanding that Bristow ‘shorten’ the current engineering matrix from fifteen (15) years to ten (10) years, which is contrary to the 2019 Agreement. Given the far-reaching implications this has for experience and safety levels within our operations, we have offered to bring in independent subject matter experts to provide unbiased and professional advice regarding NAAPE’s demands. NAAPE is yet to accept this proposal. Safety underpins everything Bristow does and under no circumstances shall Bristow compromise its standards or the safety of its operations.

“Bristow has not and will not be in the practice of “jettisoning” legally binding agreements. Each base of operation has its peculiarities. For the particular base in question, Bristow was unable to run a two-pattern shift system due to factors outside of Bristow’s control. An agreement was reached with NAAPE where their members will run extended shifts and in turn get compensated for the extra hours worked. Following extensive reviews with all stakeholders, Bristow has communicated (to NAAPE) its readiness to implement the two-shift system subject to lifting of travel restrictions in the affected base.  Bristow has commenced the review and publication of a two-shift roster.

“In conclusion, the allegations raised by NAAPE are rejected in their entirety.  The company notes that most of the issues being advanced by NAAPE are contrary to the provisions of the 2019 Agreement and the company will request that NAAPE complies with the terms of that agreement.  Notwithstanding NAAPE’s position, Bristow remains willing to engage and dialogue on the issues.  It requests that NAAPE does the same.

“Bristow is proud to provide a safe environment that promotes equity and places ability above mediocrity ensuring that Bristow’s Nigerian Pilots and Engineers remain among the best paid and best trained in the Industry globally.”