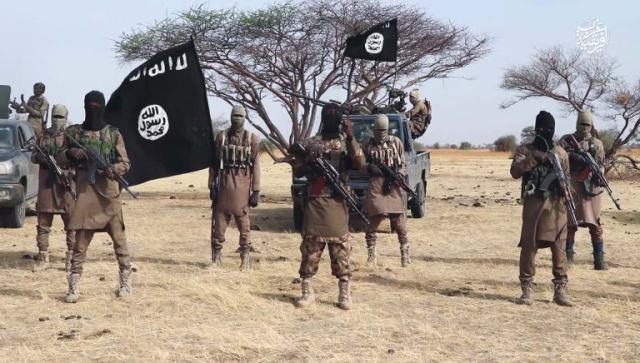 The United States-backed Africa Command (AFRICOM) has raised the alarm that the Islamic State in West Africa (ISWAP) and Al-Qaida terrorist groups were gradually taking over the West African sub-region after being displaced in Syria and Iraq.

The commander of the US Special Operations Command, Africa, Maj. Gen. Davin Anderson who disclosed this in a virtual media briefing said the extremist groups had begun deploying strategies to re-establish themselves in the region and expand further in the continent without drawing attention.

He said Al-Qaida had expanded in Mali and had moved into northern Burkina Faso, where they attacked infrastructure, took out local governance and security forces, and are now controlling the local economy and exerting control over the population.

“We are seeing them continuing to move further south in Burkina Faso towards those littoral nations in the Gulf of Guinea and also further west towards Senegal and West Africa. So that’s a concern to us as we watch them continue to move throughout the region.

“We have engaged with Nigeria and continue to engage with them in intel sharing and in understanding what these violent extremists are doing.

“And that has been absolutely critical to their engagements up in the Borno state and into an emerging area of northwest Nigeria that we’re seeing al-Qaeda starting to make some inroads in.

“So, this intelligence sharing is absolutely vital and we stay fully engaged with the government of Nigeria to provide them with an understanding of what these terrorists are doing, what Boko Haram is doing, what ISIS-West Africa is doing, and how ISIS and al-Qaeda are looking to expand further south into the littoral areas.

He regretted that despite successes recorded in previous years, there had been a setback, adding: “We as a community of international nations, keep thinking we have defeated them or we have put them on their back foot and that they’re just moments from disintegration.”

Anderson said for international efforts to yield desired results in the fight against terrorism in Nigeria, the government must take the lead. “When it comes to Nigeria in general, Nigeria, obviously, is a critical nation to West Africa. It is a critical nation, and we realise that Nigeria is a lynchpin,” he said.

He said the terror groups were deploying clandestine strategies to re-establish themselves in the region and expand further in the continent, especially West Africa.

He said the right approach was to exploit the weaknesses of the insurgents.

“I think there are two factors in that. One, each government has to focus on this and provide that focus for international partners to engage with. The other partner– the other part of this is we can’t underestimate the threat these violent extremist organisations pose.

“We, as a community of international nations, keep thinking we have defeated them or we have put them on their back foot and that they’re just moments from disintegration. I think after 20 years we have seen they are very resilient organisations that, although small, they’re able to leverage social media and other forms of media to have an outsized voice and that they continue to recruit and they continue to find opportunities.

“The United States has engaged with Nigeria and continues to engage with them in Intel sharing and in understanding what these violent extremists are doing and that has been absolutely critical to their engagements up in the Borno State and into an emerging area of North-west Nigeria that we’re seeing al-Qaida starting to make some inroads in.”

He the terror groups were exploiting grievances and other divide prevalent in countries where they operate.

“We see them come back into Africa and engage more in Africa, we see them exploit other grievances and other divides.

“You can’t just say ‘we’ve defeated them,’ you have to continue to address weaknesses and places where these terrorist groups can– that they can exploit,” said Anderson.