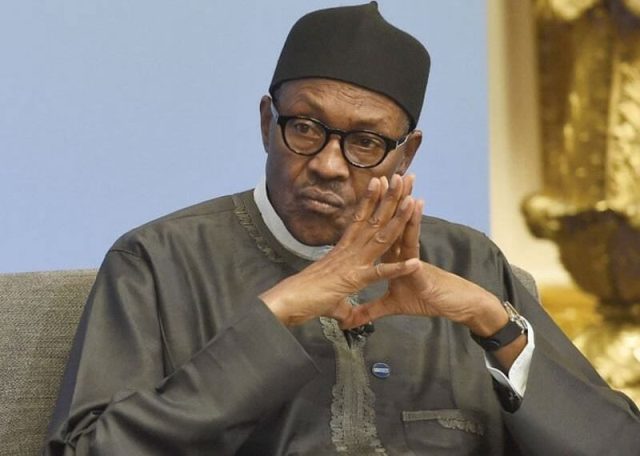 In sane climes, when a government signs any loan agreement, the interest of the citizens is prioritised. That has not been the case with loan agreements signed with China by Nigerian governments – past and present. Some critical things are signed away by our governments in these deals. Between 2010 and March 31, 2020, 11 of such loans have been obtained from the China Exim Bank. They all have a seven-year moratorium, 20 years tenor and obtained at 2.5 per cent interest rate, with varying maturity dates.

The clarifications by Patience Oniha, Director-General, Nigeria’s Debt Management Office (DMO) on Wednesday left many questions unanswered. First, the Chinese determine the cost of projects (whatever figure put forward is accepted), give us loans tied to the projects and the projects must be executed by Chinese firms alone. We don’t have a say in anything other than to repay the loans. This is the level my beloved Nigeria has degenerated. That was how the Chinese decided that the Lagos to Ibadan railway will cost $500 million. It is being executed by a Chinese firm in conformity with the agreement Nigeria reached with China. So, they import all manner of equipment and manpower for the project. Don’t be surprised to find even clerks imported from China for the scheme. Our people are largely used as manual labourers.

China clearly uses such loans to boost its exports of goods and services at the detriment of Nigeria. When they charge 2.5 per cent interest, they know what they are doing. Some naïve Nigerian officials celebrate this. The Chinese have their neo-colonial plans well-laid out but this government is too blind to see it. The truth is that if we throw the contract open and pick the best contractors for the jobs, Nigeria will execute these projects cheaper without compromising quality. The costs of projects tied to Chinese loans are usually outrageous, because they singlehandedly determine them. This is contrary to Nigeria’s procurement law. The law requires procurements to undergo a competitive bidding process to ensure that the government and the people get value for money. It only exempts procurements for emergencies. The Chinese bypass this law by insisting that projects tied to their loans must be executed by Chinese firms and our government agrees. There are numerous exploitative dangers associated with such agreements. So, my dear Patience Oniha, why is it that Nigeria’s public procurement laws are never followed by our government when it comes to projects funded with Chinese loans? It’s a shame that information is also hardly available to the public on these projects at conception stage for critical assessment. We only hear of approvals by the Federal Executive Council. That was why those that conceived the Lagos to Ibadan railway were unaware of the hindrances on the route which slowed it down. Trustworthy bodies like the AfDB and the World Bank don’t insist on specific contractors for the projects they fund. They insist on open competitive biddings.

The International Monetary Fund (IMF) persistently warns Nigeria and other third world countries that mounting debts to China are dangerous. It stresses that Chinese creditors create some instability or vulnerabilities. Those managing our economy must spend quality time reading IMF’s caution.

Why take loans for railway, power and airport projects? The standard in modern economies is for the government to create an enabling environment for the private sector to play leading roles in developments like these. This is how modern economies run. A modern government should also be seen promoting Build Operate and Transfer (BOT) models for projects, using local and international companies. The Chinese government should have been approached for a BOT agreement for all the railway, power and airport projects. If they truly love Nigeria as they claim, they will cuddle it.

Governments in modern societies are always working to free resources for health, education and other welfare sectors. In Nigeria, we are busy diverting our limited resources to areas better handled by the private sector. This is why Nigeria is lagging behind in virtually everything. Experience in rational climes has shown that areas like railway, power and airport are better handled by the private sector with the government creating an enabling environment. To exit the club of underdeveloped countries, Nigeria must run a modern government capable of stimulating a modern economy. Unfortunately, the Buhari government as presently constituted lacks the capacity to do this.

So, all the government thinks about is to take foreign loans. Buhari and his men think the only way to narrow Nigeria’s infrastructural deficit is to borrow and this has been on in the last five years, amid so much poverty. The government is now notorious for binge borrowing and does it with so much impunity, throwing this generation, and indeed, the future generation into bottomless debt. This country evidently has very little to show for all the loans but government cares less about wise counsels in this direction. That was why it recently railroaded our kick and follow Senate into approving a mind-boggling $22.7 billion 2016-2018 external borrowing plan, which the president said would be used for critical projects across the country.

Again, this government only thinks about accumulating debt and not about the repayment implications. The N2.45 trillion set aside for debt servicing in the 2020 federal budget is almost 25 per cent of the budget size. There was a report in 2018 that the Buhari government was spending 69 per cent of its revenue on servicing both local and international debts. I thought government officials would come out to dispute this figure when the former Vice-President (Africa) of the World Bank, Mrs. Oby Ezekwesili unveiled it. It did not happen. The following year, in the 2019 budget, over N2.1 trillion was set aside for debt servicing. No country can attain development with this kind of humongous debt settlements. If we are not careful, Nigeria may be plunged into insolvency by the huge repayment commitments.

Our country’s revenue to debt repayment ratio is evidently horrendous. Agents of this government dubiously harp on debt-to- GDP ratio, instead of the lucid debt-to-revenue standard. Ezekwesili’s remarks on these are instructive. Back in 2018, she said: “The Federal Government is digging in instead of digging out. Already, the debt service to revenue is so high. Today, it is 69 per cent. 69 per cent of revenue is used to service our debts. That is not a sustainable situation. I see the government quote all the time ‘Debt to GDP ratio’, but that is like a blunt instrument in an environment where your GDP is not reflective of your productivity. We measure your productivity by the revenue the GDP generates in the form of revenue of government that comes as a result of the GDP. Your debt to GDP is three per cent and you think that gives you the legroom to borrow and borrow. No, that is not your instrument. Your instrument is your debt service tool, which is the revenue.”

Also, I can clearly remember the then Chairman, Senate Committee on Debts, Shehu Sani, remarking that if Nigeria must borrow, it must borrow responsibly. He added: “If we must bequeath to the future generation a pile of debt, it must be justified with commensurate infrastructural proof of the value of the debt. The payment plan of this debt will undoubtedly last the length of our lifetimes and possibly beyond. We must leave behind a legacy that will appease and answer the questions the next generation of Nigerians will ask.”

The words of wisdom of the Secretary-General of the Commonwealth, Patricia Scotland, on binge borrowing, would also be useful to the current managers of Nigeria’s economy. She stated: “In a country where fiscal regulation is weak, debt may be accumulated in ways that are not transparent, and very seriously to the detriment of its citizens… with interest rates at historically low levels, borrowing becomes an attractive proposition yet heightens the concomitant risk of debt ballooning to levels which are not sustainable over the longer term. This situation raises the possibility that countries which have ‘borrowed their way out of trouble’ following a setback will eventually face very severe debt distress.”

Genuine patriots have spoken. Unfortunately, this country is already in a mess with foreign loans. Is this the change Nigerians voted for? I don’t think so.

There is no section of this country that cannot produce high quality President for Nigeria. This is my conviction. So, there is nothing wrong with rotational Presidency. The problem we’ve been having is that we don’t put forward our best legs. This is why we have so many vagabonds in power.

Elder statesman, Tanko Yakassai, was right when he made a case for the sustenance of the zoning of political offices, saying zoning and power rotation will take care of the aspiration of different groups in the country. “Once power goes round, at least once or twice, everyone will be reassured that they will get the opportunity to produce the President.” Yakassai, who was a guest on ARISE television, said he settled for zoning because he realised that the stability of the country should be paramount.

They were bloodied by hoodlums allegedly hired by Governor Hope Uzodinma, for picking up courage to embarrass him. The protesting pensioners were attacked on approaching the main gate and mercilessly flogged by the thugs. Some of the senior citizens fought back but were too weak to sustain the fight, leaving them sobbing and shouting. Those still in doubt about who hired the thugs need to listen to the Senior Special Assistant to Uzodinma on print media, Modestus Nwamkpa who described the protest as an illegal one. He said: “Government has discovered that most of the protesters are not pensioners but members of the opposition being used to discredit the performances of the Hope Uzodinma administration in the state.” I guess there is no need debating who the main man behind the attack is again. His handwriting is on the wall.

Dr. Ebenezer Ibekwe, one of the unpaid pensions lamented thus: “How can you owe an old man like me and declare him a ghost pensioner and still don’t want me to demand my entitlements? Already, they have detained our leaders using the DSS. The thugs they hired were flogging pensioners with canes because we said we are not ghost pensioners as they are tagging us.”

It is inhuman and most unfair treating our senior citizens in this manner. This is a continuation of Rochas Okorocha’s callousness in Imo State. It is the fifth time in less than a month the senior citizens are protesting against the non-payment of their pension and gratuities by Uzodinma. This governor is looking hopeless for the good people of Imo State. He has to amend his ways to avoid the wrath of the good people of this state.

African democracy is neither

Baba-Ahmed: Mandela turns in his grave