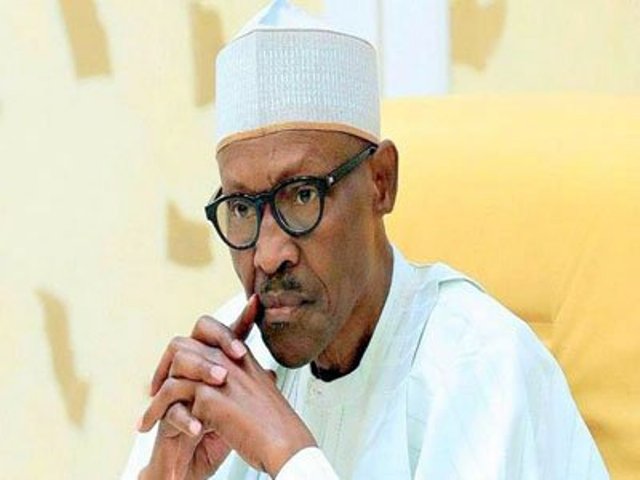 Marketplace. The telltale firefly that reveals human nature. It’s the field of fortune and the mine of misfortune. Inside the marketplace are darkroom secrets that whelp wealth. The marketplace also contrasts with the muffled yelp of poverty in the sun of missed opportunities.

On a visit to the US some years ago, I was struck by a thunderbolt at a marketplace, shattering the myths of the pig-dirty markets which I grew up to know in Nigeria.

Walmart is the name of the American marketplace. Walmart is a multinational retail chain of hypermarkets, discount department stores and grocery stores. It derived its name by amalgamating the first three letters of the founder’s surname, Walton, with the noun ‘mart’. ‘Mart’ itself is a derivation of ‘market’. And derivation is the pacifist sharing of oil proceeds in Nigeria by an unjust Federal Government when resource control beggars commonsense. With 2.2 million employees, the lone store which Sam Walton opened on July 2, 1962, in Rogers, Arkansas, has proliferated to be the largest private-sector employer company in the world.

At Walmart, the scales fell from my eyes. There’s basically nothing sold in any Nigerian market that you can’t get at Walmart minus the dirt, mud and grime that accompany most commodities in Nigerian markets. Unlike the Nigerian marketplace, you can basically return goods bought within 90 days of purchase and get full refund in America – if such goods are substandard. I think the same thing goes for Canada, Australia and Europe. But warranty expires in the Nigerian marketplace the minute you pay for your goods.

Before you demand my head on the platter of patriotism, please, visit Nigerian markets, especially during the rainy season. Even if you wear 10 face masks, a visit to the ‘ponmo’, meat, ram, chicken, herbal etc sections would churn your belly.

I’ve travelled round the country but I haven’t seen a market that is hygienic in Nigeria. If you argue that Walmart is a chain of superstores, there are uncountable yard sales, flea markets, farmers’ markets, roadside stalls run with the strictest adherence to hygiene across America.

Mark you, it’s not that Nigerian traders are dirty by choice, it’s the neglectful government of THE DIRTY, BY THE DIRTY that Nigeria runs which has made our marketplace an eyesore. Nigerian leadership have only one talent which they put to conscienceless use: loot the treasury, stash away the loot abroad and stifle the marketplace through heartless policies. The market doesn’t matter, only leaders’ bottomless pockets do.

For example, if a customer trips and falls as a result of a slippery floor or objects left negligently in an American business, the customer will laugh to the bank if they press charges whereas females in Nigeria are sexually harassed in broad daylight by traders who openly squeeze breasts and grab buttocks in the marketplace.

The Nigerian marketplace personifies a maggoty political class immersed in dirt and feces. The Nigerian clergy which should offer the masses succour and hope have dismantled the Houses of God at God’s Reserved Areas (GRA) and rebuilt them on refuse dumps in the marketplace since Obafemi Awolowo fulfilled his DESTINY and rode on a mountain of fire into paradise!

Suspended National Chairman of the All Progressives Congress, Adams Oshiomhole, confirmed the fraud inherent in the political class when he cringed in Benin, some days ago, and lamented that he sold a fake product to the electorate four years ago. Oshiomhole crawled back to his vomit, lapped it up, and with a besmeared mouth and nose, faced a shocked polity and announced that the pastor he labelled a thief four years ago, had met Christ on the road leading to the Government House.

Similarly, politically-shaken godson, Godwin, is now in bed with erstwhile enemies after discovering a million Godwins can’t withstand the political chicanery represented by the two leading political parties in the land. With the same mouth he used in abusing the enemy, Godwin, today, kisses the snake whose head he had sought to smash. This is the character of the Nigerian marketplace where transactions are conducted in the currency of ignominy.

Last Tuesday, the almighty Minister of Transportation, Rotimi Amaechi, strutted into the marketplace like a peacock, spread his plumage and squawked, “I just got to know that there’s a clause in the $5.3bn Ibadan-Kano railway loan agreement with China.” Ha! A minister of the Federal Republic ‘just got to know’ about a clause in a loan that threatens the sovereignty of his country and he comes out to publicly announce his dereliction of duty because he damn knows the President had long “‘offed’ the mic” of competence and accountability! He can only exist in Buhari’s incompetent regime, an Amaechi, whose ministry has a N8tn rail contract with China, but doesn’t know the most crucial clause of the contract. With his twaddle, Amaechi should have either resigned or been sacked. But he’s likely to get a pay rise from Buhari.

The market noise that emanated from the House of Representatives probe of the Niger Development Commission some days ago was so disturbing that the Chairman of the House Committee, Thomas Ereyitomi (Warri federal constituency), had to repeatedly plead with the squealing Minister of Niger Delta Affairs, Godswill Akpabio, saying, “Honourable Minister, it’s ok. Off the mic!”

It’s not too much to expect the Speaker of the House, Femi Gbajabiamila, to come down hard on Ereyitomi and his committee for publicly attempting to gag Akapbio at a public hearing meant to unearth the everlasting looting at the NDDC. But Gbajabiamila, a lawyer, who should be seen to uphold integrity rather than class protection, did not chide Ereyitomi, but castigated Akpabio for allegedly trying to distract the ‘Onorebu House’.

Gbajabiamila, who strongly defended the upper and lower chambers of the National Assembly against Akpabio’s allegations, appears to have ‘offed the mic’ since Akpabio, named serving senators, former senators and House of Reps members in the multibillion-dollar NDDC contract scams.

Similarly, without waiting for the final outcome of the probe, the Senate, last Monday, hastily defended its members, by putting the cart before the horse. Chairman, Senate Committee on Ethics, Privileges and Public Petitions, Ayo Akinyelure, said senators had the right to facilitate the NDDC projects to their constituencies. Akinyelure, who should be cautious, didn’t first find out whether or not the indicted senators manipulated the system by executing the contracts through their companies, but swiftly jumped to their defence.

Probably realising the foolery in his sophistry, Akinyelure, whose panel had been charged by the Senate to investigate Akpabio’s allegations, later added as an afterthought that his panel would unmask any senator who executed contracts through their companies. What if senators executed the NDDC contracts through proxies? Rather than hurriedly defend the indicted senators, Akinyelure should have, firstly, assured Nigerians of the impartiality of his panel and then conduct a believable investigation.

Disrobing Akpabio of saintly cassock, Chairman, Senate Committee on Niger Delta Affairs, Peter Nwaoboshi, whom Akpabio indicted of collecting 53 contracts, challenged the minister to explain how the Interim Management Committee of the NDDC being supervised by Akpabio spent N81.5bn in five months. Akpabio too seems to have ‘offed the mic’ on this allegation.

Beyond the Babel of corruption, killings, insecurity, poverty and underdevelopment, the time to dismantle the contraption called Nigeria is now. There was never a country. There was only a filthy marketplace. Acceding part of our sovereignty to China for a $5.3bn loan is terrible. Inviting China to take over the country FULLY won’t be a bad idea, afterall. But the best idea is for America and Europe to help negotiate the winding down of the country into independent regions. Without this, Nigerians will continue to be a threat to global immigration because everyone wants to flee this market lacking any godly leader.

“NRC generates revenue but will not make profit in its present...

Are African women ‘women’ or ‘ladies’?