Home OPINION Nigerian girl-child: As vulnerable as the African elephant 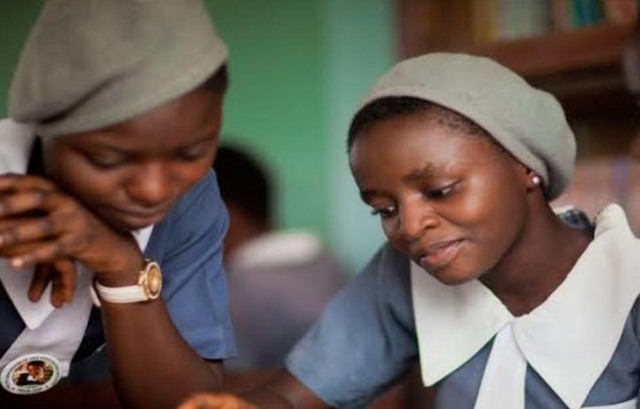 The welfare of the girl-child is of paramount importance in any society. Her interests must take pre-eminence over every other consideration, because she is the hand that cradles family units and communities. Her birth should be greeted with joy, and a perfect environment for an all-round education, for the development of her interests must be accessible. The girl-child’s education is vital because it impacts her successful living, especially when she tends to outperform the boy-child in language arts across countries where data is available. Denying her education implies stripping her of a sense of purpose, dignity and making her an unfit member of society. A well-educated and empowered woman is often a force multiplier within any environment she occupies and an added advantage in raising smart children.

The girl-child is a critical thinker, multitasker, problem solver and a leader. When she’s empowered, these qualities flow naturally because that’s who she is: A mystique creature and a rejuvenating fountain. She should not be viewed as a property or pleasure object. She is more than just a future wife that is only good for procreation. Just like her peers, she is endowed by her creator with inalienable rights, which are fundamental to human existence. Lawmakers must include her when making decisions that affect her life and establish laws that protect her reproductive rights. Because, if her future is at stake, the world is at stake. Whatever happens to her happens to the world she lives in.

Her life should not be limited to only domestic engagements because, like her counterparts, she possesses unlimited potentials. She must be allowed the right to enjoy her childhood, which is necessary for her to grow into her fullest, highest self. She deserves to attain her full abilities, regardless of the socially constructed fragility and lay understandings of the female gender. She is the opposite sex and not a weaker sex, for she brings a unique quality to life, which only she can provide.

Some cultures continue to treat the girl-child with so much disdain and in a manner that is detrimental to the social development of society in general. In some cases, when an evil father is not forcefully having carnal knowledge of her, she is being cruelly used as child labor, given out as house help, where she ends up being sexually molested and dehumanised. She is deprived of her right to a skill set necessary to effectively excel at home, compete in the labor market and be self-sufficient. When she seeks university admission or employment, she is subjected to unwelcome sexual advances or harassment, which affects her physical and mental health and also her productivity.

Commonly, in households with less economic resources, a girl-child with hopes and dreams is shut out of education, so that her brothers can go to school or learn trade. She ends up being married off against her will, to a 50 year old predator. At her new home, she experiences violence and forced sexual relations. To make matters worse, the issue around her marriage is done without her consent; but she’s expected to automatically build intimacy with a total stranger who might not have been her choice of a man. She should, at least, be allowed in every discussion pertaining to her marriage. It is a great injustice for parents and suitors to impose such a lifelong devotion on her. It is rather unfortunate that most of the decisions about the girl-child and the woman are taken by men alone. It is an infringement on her right to freedom of expression.

According to UNICEF, many of the child brides die before, during pregnancy and while in labour. For one reported death, millions are buried with their silence! Families must radically change their attitudes towards the girl-child. Research has shown that the home is increasingly becoming the most unsafe place for the girl-child in Nigeria, where cases of violent abuse are perpetrated against her almost every few hours in adherence to ingrained patriarchal value systems, cultural and religious practices. It is the family that effectuates the most inhumane treatment of the girl-child, such as genital mutilation, including the burning or numbing of her clitoral nerves, forced abortion, forced marriages and honour killing. Then the society keeps mum about sexual and gender-based violence (SGBV), exploitation, oppression, femicide and all other violations of the girl-child’s human rights.

The girl-child is not inferior to the boy-child and she is definitely not a commodity. She is a human being with different genitalia, who just, like the boy-child, was born vaginally or delivered through a caesarean procedure. She has no desire to be a boy-child. They should co-exist in perfect harmony. She deserves the same treatment as given to the boy-child. She should not be raised differently from the boy-child. She must not be expected to always be a yes-person. She must be allowed a level playing field in all spheres of life. Since her gender is not a brain deformity, she should be encouraged to ask critical questions and allowed to voice her opinion on issues. She should be in nurturing and enduring environments, where her safety and dignity are guaranteed as a human being. Her right to inherit property should also be upheld.

There are cases of girls being chased out of their fathers’ houses the moment their fathers are interred. They were not captured in the will because the culture gives nothing to the girl-child, since all she needs to do is get married and move out. She has no share in her father’s house, whereas single or married, she is the one that takes care of her parents.

One can never say too much about some of the terrible hardships the girl-child faces, no matter how people refuse to face these unpleasant facts. The odds are huge and debilitating. Illiteracy, cultural practices, religious misinterpretations, rejections, sexual assaults, maternal and child mortality may directly affect the girl-child but have negative impacts on the collective welfare of the society. While we might take refuge in our corners, it is important to note that our world is so interconnected and we must direct our efforts towards relieving the plight of the girl-child. She is entitled to experiencing the deep joys of human flourishing and the right to a bright future and attainment of her maximum potential. Moreover, nations benefit when the girl-child is allowed to thrive.

Corrupt judge, a disaster to justice and the nation–Onnoghen

ECOWAS readies standby forces on alert to push out Jammeh

Who said churches, mosques and synagogues are not essential services?

Fight for me, Buhari begs

A significant lesson from Ghana