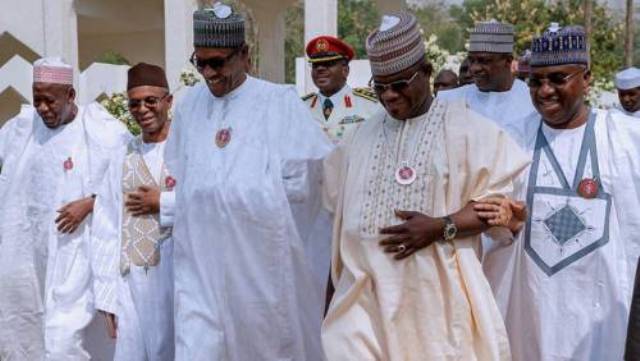 Before anyone decries this piece as ‘anti-North’, or even ‘pro-North’, it is neither. Most readers familiar with the ethos of this column would agree. What you are reading is simply a dialogue (albeit) a hard, but necessary dialogue we need to have with one another as compatriots. Jaw-jaw, they say, is better than war-war is it not? Besides, there are no new revelations contained in this piece. Even prominent northern leaders have expressed similar sentiments at various times in the recent past. What is new, though, is that an old truth is being cast in a new (global) perspective. If statistics from the World Bank are anything to go by, 87% of the poor (the lumpen proletariat) in Nigeria are located in the North. And, going by common knowledge, the North enjoys the preponderance of political, military and economic power over the South. This has been the case since the end of the civil war in 1970.That notwithstanding, poverty is also rife within the ranks of the northern power brokers as well; poverty of thought.

Accumulating power for its own sake is not only iniquitous; it is also a wholly inefficient and redundant way of running a modern state. It is precisely what lies at the heart of the push for “restructuring” by many in the South, which is being steadfastly resisted by the power brokers in the North. This is no coincidence. No history of any nation (such as the North could be thought of) in the position of a triumvirate of privilege (political, military and economic), over another has ever given it up voluntarily. Power is never given, my friends; it is taken. That said, history also teaches that resistance to such iniquity cannot endure. It will implode unless the north gets wise, and fast. More so, that the high concentration of power coupled with a similarly high concentration of poverty in one location is a dangerous powder keg bound to explode in the fullness of time. Consequently, short of a revolutionary overhaul of the North-South power imbalance, this piece offers a new perspective on how the North could diffuse the clarion call for “restructuring” through smart politics.

First, what is the genesis of the North’s privileged position vis-à-vis the South anyway? It is simply landmass and population. The geographical area called ‘North’, the originally unified four kingdoms along the corridors of Kanem Bornu and Mali empires, is said to be double that of the southern states combined at more than 20,000km2. The first five largest states in Nigeria are all in the North: Niger, Borno, Taraba, Kaduna and Bauchi. Question; does landmass ever mirror population? It has long been (falsely) claimed by those with vested interest that the larger the landmass, the more the population. Population figures derived since the pre-independence period has conveniently factored in that assumption. That has been the foundation of the estimated population of the North being ‘double’, even ‘triple’ that of the South combined. Every attempt to count and re-count has resulted in a stalemate and the inevitable preservation of the status quo. What follows from the population advantage is the allocation of federal resources anchored on the contentious figures.

The key to sustaining this material advantage is, first, the “federal character” principle and, second, the “state of origin” rule. If truth be told, federal character principle is an inordinate quota system; a spoon-feeding settlement for the North. Federal resources (human and material) are disbursed based on landmass and population. Merit, know-how, expertise and qualification play very minor or no part in the selection of positions into key government departments and agencies. Geographical spread is key. And, guess who has the advantage? Furthermore, there is the state of origin rule which creates a dichotomy between “indigenes” and the so-called “non-indigenes citizens” of the same state. A citizen’s claim on a state in Nigeria follows a patrimonial line rather than a person’s place of birth and residence. As things stand, an Efik man from Cross River State stands a better chance of being elected onto a local council in Germany than he does, standing in Bauchi State. The law against discrimination in Germany is robust, and it will protect him in his quest, all other things being equal. Nigerians self-sanction one another as ‘foreigners’ in their own backyard.

Now, the smart politics for the northern power broker, if he is listening, is this. Protecting your privileged position is understandable and natural. The politics of grievance blowing in your face from the South is equally understandable and natural. You have more to lose if shove comes to push, so, you must seize the moment. Continue to engineer resources your way with your stranglehold on the federal might if you must, but, extend access to those resources to all and sundry. Fight hard for the rights of every Nigerian of whatever creed, ethnicity or religion to reside and partake in the economic and social amenities in your territory. Above all, start a campaign to confine the “state of origin” barricade into the dustbin of history. It is an anachronism whose time is up. Place of birth ought to be sacrosanct. Emphasise the superiority of birthright over indigene preferment.

On that basis, it would matter less to an Igbo from Owerri, or, Yoruba from Ibadan how many federally-funded institutions Kaduna State alone possesses if he knows they and their own siblings could be admitted into any of them on merit. It would matter less how many local government areas there are in Kano State relative to its contribution to the central purse if an Urhobo man born and bred there can partake in the governance of his state of birth without being told: “Go back to your state of origin”. You get the drift? What people find particularly galling is less the penchant for diverting resources to a particular region, than the additional act of limiting access to those resources to the sons and daughters of the soil as it were.

Finally, by way of analogy, in Britain, the oil-rich region of Scotland had been agitating for a breakaway from the UK for the last 50 years and been ignored by the dominant England until it saw the writing on the wall 20 years ago. Legislation was rushed through the British Parliament in 1997 creating Scotland’s own Parliament and quickly devolving powers to the region. That immediately lanced the boil of independence for a generation, as the subsequent independence referendum vote by the Scots themselves resulted in a resounding NO. That is smart politics on the part of the English. Similar things happened in the Basque and Catalonia regions of Spain. The power broker in the North of Nigeria must be bold and imaginative in the art of preservation of power and privilege. Your current position of all or nothing is perilous. Time is running out.

Buhari and I will remain old time friends – Sadiya Farouq

Furore about N10bn automation of airports penciled in for concession