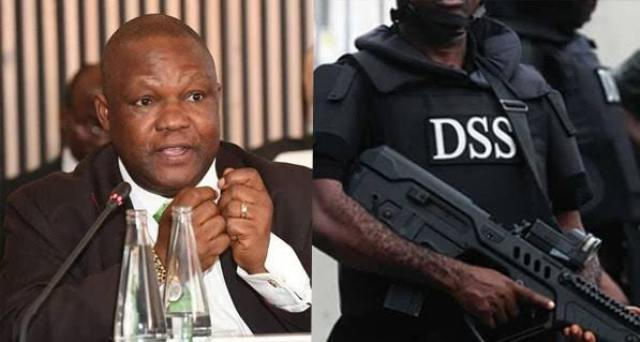 Quite frankly the bad news is not that my good brother and friend, Obadiah Mailafia has been invited by the security services, it is the plausibility of the allegations that he made and the indications for Nigeria that worry me. Before him, there was the precedent of the ultimate insiders, former President Olusegun Obasanjo and General Theophilus Danjuma. The former President warned “It is no longer an issue of lack of education and lack of employment for our youths in Nigeria, which it began as, it is now West African Fulanisation, African Islamisation and global organised crimes of human trafficking, money laundering, drug trafficking, illegal mining and regime change.’’. No one was deceived by the obligatory understatement of the reality and danger he was projecting.

Years before him, Danjuma had chosen the occasion of the convocation ceremony at the Taraba State University to alert his ‘people’ “You must rise to protect yourselves from these people, if you depend on the Armed Forces to protect you, you will all die.This ethnic cleansing must stop in Taraba, and it must stop in Nigeria. These killers have been protected by the military, they cover them and you must be watchful to guide and protect yourselves because you have no any other place to go. The ethnic cleansing must stop now otherwise Somalia will be a child play. I ask all of you to be on your alert and defend your country, defend your state” he said.

Were these ultra Nigerian nationalists and status quo bulwarks crying wolf where there is none? Against this backdrop and the (corporate Nigeria) subversive standards of contemporary Nigerian political leadership, there is nothing particularly exceptional about the political status update given by Mailafia.

Increasingly sacrificing himself as a desperately needed lightning rod for the salvation of the Middle Belt region he had a radio interview that tugged at the individual and collective soul of conscientious Nigerians.

He concluded that “By 2022 they (the Fulani militia) want to start a civil war in Nigeria. The phase two is they will start moving from house to house to kill prominent people in Southern Nigeria; and accused the government of complicity. ‘They are not only unable and unwilling to arrest the crisis but they are part and parcel of the killings’.

This summation is consistent with a prior Vanguard report that “The Nigerian President, Muhammadu Buhari, and the Nigerian Army Headquarters have been silent since the media reported that ISIS and al-Qaeda groups are planning to infiltrate Southern Nigeria and expand across West Africa.The warning of the infiltration by the terrorist groups was stated in a virtual media briefing by Dagvin Anderson, the Commander of the US special operations command, Africa”

There is something appalling and benumbing about the normalisation of the prevailing Nigerian dispensation of spiralling crisis in all aspects of national life; the tendency to accept incipient catastrophe as the new normal. Before now, there are a number of historical tragedies I’m incapable of living down or come to terms with. The ones that readily come to mind are the slave trade, the holocaust, the Nigerian civil war, and the Rwandan genocide. I have read almost all the accounts of these tragedies I could lay my hands on yet I’m repeatedly struck anew at the pathos of their blight on the conscience of humanity.

To this list I’m now compelled to add the deepening and unfolding tragedy in the Middle Belt region of Nigeria. Who feels it, knows it and so I have to defer to the sense of acute personal injury that Nigerians of this regional origin must necessarily experience at a higher degree. In the words of Mailafia “The greatest weapon of the oppressor is silence. People are killed. Silence. Rape and rapine are committed on a staggering scale. Again, silence. Thousands upon thousands of strangers are taking over the ancestral lands of the Middle Belt.

Silence. Today, a new breed of herdsman has emerged: an aggressive and murderous terrorist bearing sophisticated firearms such as AK47s and even rocket launchers.

And they become the mobile avant-garde army of political Islam in Nigeria. Given the country’s porous borders, many of them are recent immigrants from neighbouring countries. Herdsmen from Niger, Chad and Mali can walk across the border and immediately lay claim to all the sacrosanct rights appertaining to bona fide Nigerian nationals. They can demand land rights and even get registered to vote in elections for which they are not entitled.

During the lockdown, killings have been going on in the Middle Belt and beyond. Most affected are Kajuru, Adara and Godogodo in Kaduna State. They have been at the receiving end of genocide, rape, rapine and brutalisation.This is also why thousands of mercenaries camouflaged as Almajirai are being herded South. The game-plan is to station them in strategic outposts in the impenetrable rainforest in readiness for attacks, killings and occupation”.

The greater tragedy is the way we are normalising the crisis. It begs the question-when last did the news of the butchering of several families in a Middle Belt village made front page news in a Nigerian newspaper? Yet, it is not the fault of the newspapers, they are merely reflecting the grim fact that such reports are no longer of news value to you and l. In Danjuma, the Middle Belt victims have the most consequential representation, yet after the proportionate response he gave more than three years ago, we have waited on him in vain to rise to the occasion- without prejudice to the actions he might have taken in other theatres.

Nigerians appear to have become desensitised and inured to monumental tragedies. Reinforcing this trend is that, beyond the enormity of its equivalence bloodshed, the routine beastly massacres perpetrated by Boko Haram and its mutants are serving the gory purpose of minimising the genocidal violence in central Nigeria. While all this is going on and in the spirit of the new normal and attendant mindless selfishness, we are busy talking of 2023 to the point of the audacity of power broker Mamman Daura coming out to openly fly the kite of retaining the Presidency in the Katsina writ large Northern region. In kindred spirit of normalising absurdities, did Professor Itse Sagay not say that there is nothing unique about corruption in Nigeria?

“There is no gain saying the fact that there is corruption in every society in this world. The Nigerian phenomenon is not unique” pontificated the philosopher king of Nigeria’s anti-corruption campaign.

If the Nigerian corruption incidence is not unique what then is the meaning of the refrain popularised by his principal that Nigeria needs to kill corruption before corruption kills Nigeria? What is more unique than the concurrence of Buhari with the citation by British Prime Minister David Cameron that Nigeria is fantastically corrupt? Rather than bury his head in shame and be ostracised from decent society, Governor Ganduje of Kano State has become something of Buhari enabled political poster boy credited with such feats as peremptory deposition of a whole Emir of Kano and charged with leading the national campaign effort at winning Edo State governorship for APC. Another better forgotten negative role model of the corruption variant, Madam Diezani Allison Madueke has been rearing her head in faraway Dominican Republic where she recently purchased a citizenship and cabinet minister position to boot. If it is possible to name just one individual attributable with the downfall of the Goodluck Jonathan presidency, to her must go the undiluted honour and credit.

Bishop Matthew Kukah, once had this to say of contemporary Nigeria “No one could have imagined that in winning the Presidency, General Buhari would bring nepotism and clannishness into the military and the ancillary security agencies, that his government would be marked by supremacist and divisive policies that would push our country to the brink. This president has displayed the greatest degree of insensitivity in managing our country’s rich diversity. He has subordinated the larger interests of the country to the hegemonic interests of his co-religionists and clansmen and women. The impression created now is that, to hold a key and strategic position in Nigeria today, it is more important to be a Northern Muslim than a Nigerian. The irony is that in all of this, neither Islam nor the North can identify any real benefits from these years that have been consumed by the locusts that this government has unleashed on our country. The Fulani, his innocent kinsmen, have become the subject of opprobrium, ridicule, defamation, calumny and obloquy.

His North has become one large grave yard, a valley of dry bones, the nastiest and the most brutish part of our dear country. Despite running the most nepotistic and narcissistic government in known history, there are no answers to the millions of young children on the streets in Northern Nigeria, the North still has the worst indices of poverty, insecurity, stunting, squalor and destitution. On our part, I believe that this is a defining moment for Christians and Christianity in Nigeria.”

Kukah further observed “We Christians must be honest enough to accept that we have taken so much for granted and made so much sacrifice in the name of nation building. We accepted President Buhari when he came with General Idiagbon, two Muslims and two northerners”.

Kukah needs to update this allegation with the fact that since his earlier observation, two Northern Muslims have been appointed the head of the Nigerian judiciary and legislature respectively thus rounding up the capture of the three organs of the Nigerian government. In an unprecedented step, 16 socio-cultural leaders from southern Nigeria have instituted a suit against President Muhammadu Buhari for allegedly marginalising the people of the southern region from appointments in his administration. The plaintiffs are praying the court to determine whether the president has acted in compliance with Section 1(2), Section 14(3) Section 217(3) of the 1999 Constitution (as amended) in appointing top officials since the inception of his administration in 2015.

It is uncanny how the fiction of so-called American omniscient prediction of the disintegration of Nigeria by 2015 is being imitated by the reality of Nigeria today. Without putting a specific date, the probability that Nigeria may not survive has always remained extant.

Ironically, it is after and not prior to 2015 that the apocalypse prediction has become more probable. It is from 2015 that the new vocabulary of Nigeria being more divided than any other period of the troubled history save the visitation of the civil war.