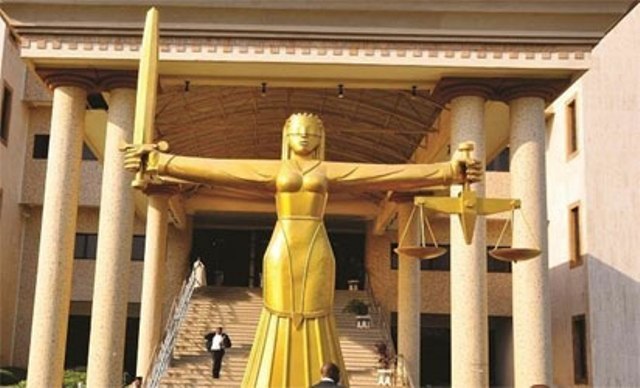 The federal government yesterday arraigned a Briton, Mr. James Nolan, before the Federal High Court sitting in Abuja over alleged complicity in the failed gas deal between Nigeria and an Irish firm, Process and Industrial Development (P&ID).

The deal reached in 2010 is threatening the seizure of Nigeria’s assets abroad to the tune of over $9 billion.

A tribunal made up of Lord Hoffman (the presiding arbitrator), former attorney-general of the federation and minister of justice, Mr. Bayo Ojo (Nigeria’s arbitrator) and Sir Anthony Evans (P&ID’s), was organised in London under the rules of the Nigerian Arbitration and Conciliation Act as part of the original contractual agreement between the parties.

In January 2017, the tribunal ordered the federal government to pay P&ID $6.6 billion.

With interest, the sum now tops $9 billion, amount said to be about 20 per cent of Nigeria’s foreign reserves.

The tribunal by a majority of 2 to 1 judgment in 2017 awarded the sum of $6.597 billion together with interest at the rate of 7 per cent starting from 20 March 2013 until payment is made.

In 2019, a British judge upheld the arbitration award P&ID.

Nigeria however, appealed the ruling and the appeal is currently being heard by a London court, where Nigeria is claiming that the deal was fraudulently entered into.

In Nigeria, the federal government, however, commenced the prosecution of those suspected to have played key roles in the alleged scam.

The federal government had arraigned Nolan, two directors of P&ID and a former director in the ministry of petroleum resources in different suits.

Nolan, since his arraignment last year has been in custody of the Nigeria Correctional Services due to his inability to perfect his bail.

However, the federal government yesterday arraigned him, two others said to be at large (Adams Quinn and Niel Murray) alongside six other firms.

Nolan, Quinn and Murray were charged as directors of the firms.

The Economic and Financial Crimes Commission (EFCC) in the six separate charges accused the defendants of failing to declare their activities as specified under the Money Laundering Act 2011 as well as failure to develop programmes to combat money laundering, amongst others.

While Nolan pleaded not guilty to all the charges in the six different suits, the trial judge, Justice Ahmed Mohammed, entered a not guilty plea for the six firms even since they were not represented in court.

Following his not guilty plea, his lawyer, Mr. Paul Erokoro moved an oral application for his bail.

Erokoro informed the court that his client had already been admitted to bail by the same court in a sister case and urged the court to recognise the bail, particularly as varied by the Court of Appeal on July 7 this year.

Counsel to the EFCC, Mr. Bala Sanga, however did not oppose the request for bail, stating that the major concern of the prosecution is the presence of the defendants in court throughout the trial.

In a short ruling, Justice Mohammed adopted the conditions as varied by the Court of Appeal in admitting Nolan to bail and adjourned till October 5, 2020 for trial.

Process and Industrial Development (P&ID), a company based in the British Virgin Islands, had on January 11, 2010, signed a gas supply and processing agreement with Nigeria.

The firm, according to the contract, was to build a gas facility in Cross River State where it would process wet gas supplied to it by Nigeria.

P&ID was expected to process the wet gas by removing natural gas liquids and return approximately 85 per cent of it to the government in the form of lean gas, to be returned at no cost to Nigerian.

Nigeria, on the other hand, was to construct pipelines and arrange facilities for transporting the wet gas to the facility to be built by P&ID.

However, trouble started when the Irish firm accused Nigeria of breach of contract and dragged the country to London arbitration where it claimed that it had invested $40 million in the project even though it had not acquired the land or built any facilities for gas processing.

It further claimed damages of another $6.6 billion being the amount of the net income it would have earned over the 20-year period of the agreement.

This is not how Ganduje will find redemption

Peter Obi is not running for president