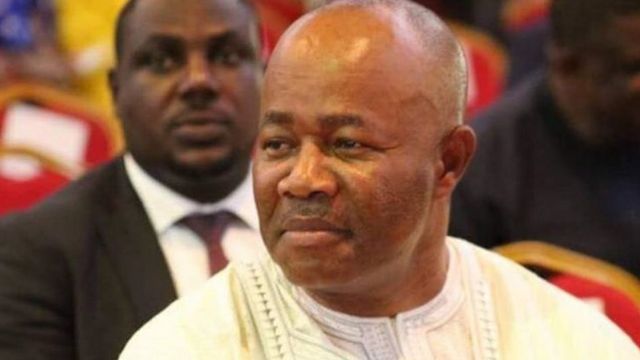 The minister of Niger Delta Affairs, Mr. Godswill Akpabio, has decried the limited scope of the national assembly’s investigation into the financial activities of the Niger Delta Development Commission (NDDC).

Speaking at a meeting with members of the Independent Marketers Association of Nigeria (IPMAN) in Abuja yesterday, the minister said the probe should be comprehensive extending to 19 years of the agency’s existence instead of limiting it to between February and July 2020 that’s currently the mandate of the national assembly.

He said the commission received over N15 trillion in the last 19 years with nothing to show for it and wondered why the lawmakers decided to probe five months’ activities in the commission.

The minister said discretionary probe would not address the problem of the commission, which he described as a cesspit of corruption.

Nevertheless, he assured the Niger Delta indigenes and the country that the outcome of the ongoing forensic audit would expose the magnitude of the rot in the commission.

“In the quest to reposition the Niger Delta Development Commission, and bring development and succour to the Niger Delta region, you will never walk alone. That is what I think out of NDDC. And I am very excited about it.

“Things have started so fast that I have started wondering that is it that the voices have been drowned? Is it that the voices of the masses are wearing now? Is it because of the mask we are wearing now Nigerians and Niger Deltans can no longer talk? Or is it that I am a mad man, who has seen the reason to move the region forward. Is it that people are not aware that NDDC for instance has existed for the past 20 years?

“Why? NDDC has been in existence since 1999. What is really happening now? How is it all petitions on earth are happening? When the wind blows, it blows along with answer.

“But I had an interview with Nigerian Television Authority (NTA) and that was sometime in October /November 2019. Shortly after Mr. President ordered forensic audit of NDDC, I was on NTA and I pointed out that as soon as this forensic audit commences, that hell would be let loose.”

He said during the interview, he predicted petitions would be filed against the activities of NDDC while its officials would be accused of various wrongdoings.

“To have received this commendations and confidence vote from the leadership of the IPMAN, we are not working alone. That in spite the noise and false accusations and all that, the Niger Deltans are with me and the Ministry of Niger Delta. We give God glory,” he stated.

He said the orchestration against him and the NDDC Interim Management Committee (IMC) was so organised and well-funded “that you hardly open a newspaper and you don’t see a screaming headline, and all they are talking now is corruption in five months; not corruption in 19 years and seven months. Those ones were period of bliss and period of success in the NDDC.”

Uzodinma gets sweeping powers to arrest, detain persons at pleasure

NDLEA to set up rehab centres