Home News CAMA is declaration of war on Christianity – CAN 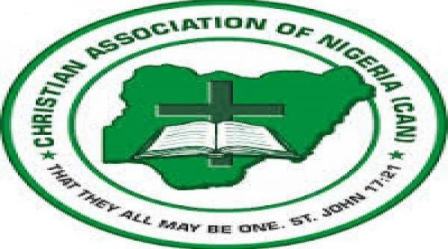 The Christian Association of Nigeria (CAN) has protested against the federal government’s recently signed Companies and Allied Matters Act (CAMA) 2020 a section of which grants the government the power to appoint trustees for religious bodies in case of infractions.

CAN, in a statement by Pastor Adebayo Oladeji, special assistant on media and communications to its president, Rev Supo Ayokunle, said the provision and others in the new CAMA contains obnoxious provisions inimical to church administration and urged President Muhammadu Buhari to urgently return the law to the national assembly for immediate amendment.

It said the law, which repealed the CAMA 1990 (1) was assented to despite its rejection at the public hearing stage.

CAN said if the federal government insisted on retaining the legislation, it would be seen as a declaration of war on Christianity and an agenda to destroy the church.

“The law, to say the least, is unacceptable, ungodly, reprehensible and an ill-wind that blows no one any good. It is a time bomb waiting to explode.

“If you cannot give us good amenities of life, we would not allow you to take away our liberty to worship our maker,” it stated.

Furthermore, it described the Act as a time bomb waiting to explode, adding that while the association was not against government fighting corruption, it completely rejected the idea of bringing the church, grouped among NGOs, under government control.

Making reference to Section 839 (1) & (2), CAN described the Act, recently assented to by the president as unacceptable, ungodly, reprehensible and ill wind that would blow no one any good.

Section 839 empowers the Commission to suspend trustees of an association (the church inclusive) and appoint interim managers to manage the affairs of the association.

CAN contended that Nigeria should not be compared with any other nation in matters of relationship between religious institutions and government, saying Nigerian’s religions are tied to their life.

The association recalled that at the public hearing, the Bill that sought to bring religious organisations and NGOs under the control and influence of government was rejected because it would rank the church as a secular institution under secular control.

It said at the public hearing, the bill that sought to bring the religious organisations and NGOs under the control and influence of the government was rejected because it would kill the church.

“We thought it was all over until we heard of the CAMA that was assented to by the president, making the rejected bill a law.

“The satanic section of the controversial and ungodly law is Section 839 (1) &(2), which empowers the commission (Corporate Affairs Commission) to suspend trustees of an association (in this case, the church) and appoint the interim managers to manage the affairs of the association for some given reasons.

“While we are not against the government fighting corruption wherever it may be found, yet we completely reject the idea of bringing the church, which is technically grouped among the NGOs under control of the government.

“The church cannot be controlled by the government because of its spiritual responsibilities and obligations.

“This is why we are calling on the federal government to stop the implementation of the obnoxious and ungodly law until the religious institutions are exempted from it.

“Nigeria should not be compared with any other nation when it comes to the relationship between the religious institutions and the government. In Nigeria, people’s religions are tied to their humanity and of course, their life.

“How can the government sack the trustees of a church which it contributed no dime to establish?

“How can a secular and political minister be the final authority on the affairs and management of another institution which is not political?”

For example, how can a non-Christian head of government’s ministry be the one to determine the running of the church?

“It is an invitation to trouble that the government does not have power to manage. Let the government face the business of providing infrastructure for the people. Let them focus on better health provision, food, education, adequate security, employment, etc.

“The government should not be a busybody in a matter that does not belong to it. The government does not have the technical expertise to run the church of God because of its spiritual nature,” said CAN

Meanwhile, as CAN mounts campaign against some provision of CAMA, United Kingdom’ Charity Commission has appointed an interim manager for north London-based Mountain of Fire and Miracles International, a religious charity of Nigerian origin.

The interim manager will have the power to review the charity’s financial and governance processes of the MFM International and inspect a number of its branches and their handling of serious incidents.

“The interim manager assumes these duties at the exclusion of the charity’s trustees; the trustees retain control over matters relating to religious activities,” said the commission in a statement.

The Commission said it was concerned about the “apparent failures” of MFM International’s administration and management that allowed for huge losses to occur and “continued to occur over a prolonged period.”

It also condemned, among other infractions, the failure of the MFM International’s trustees to report the incidents of financial infractions to the police.

“The charity has repeatedly failed to submit returns and financial information to the commission on time and its accounts for 2014 and 2015 were qualified by its auditors,” Charity Commission said in a statement in March 2018.

“The commission has been in active engagement with the trustees of the charity since September 2017 having been made aware of potentially significant losses to the charity,” it said.

The commission doubled down on its indictment of MFM’s trustees earlier in August. It said two separate incidents of fraud by former employees of the charity were not reported to the police “until a number of years after the frauds were discovered.”

It said only a “small percentage” of the stolen fund has been recovered.

MFM was also blamed for breaching its governing document by paying three of its trustees.

Although the commission did not name the three trustees who were paid, it clearly, however, said it had serious concerns about how the chairman of the trustee handled “serious incidents”.

“Despite the commission’s continued engagement the trustees are still not complying with their legal duties, this includes failing to submit accurate financial accounts on time,” the commission said.

Bamise of the urban jungle