Home OPINION The Malian coup misadventure and its ripple effects 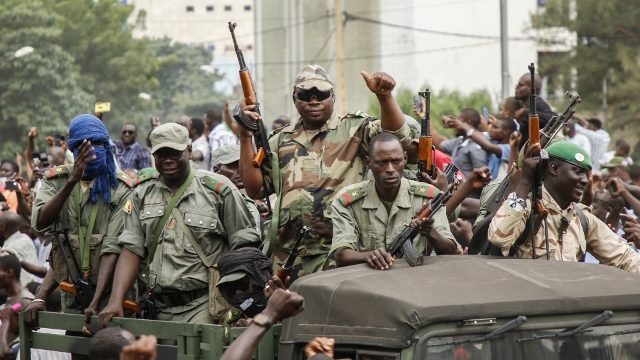 Widespread international condemnation has greeted the seizure of power by soldiers in Mali, one of the world’s poorest countries. The United Nations, the African Union, the Economic Community of West African States, the United States, France among others, have condemned the coup misadventure, which began as a mutiny, in strong terms, with ECOWAS invoking diplomatic and economic sanctions on the turbulent and strife-torn country. True, there may be a hint of self-protection among African leaders who are often quick to denounce challenges to governance mediocrity, in which they all are implicated.  Nonetheless, the central message is that military adventures are not the way to resolve the issues of declining, sometimes catastrophic, governance.

Interestingly, either because of international pressure, or a hard-headed calculation of their narrow survival chances as military rulers, or both, the National Committee For The Salvation Of The People has announced plans for credible elections ‘within a reasonable time’.  As a measure of their sincerity, they should go ahead to release the ousted president Ibrahim Keita and all other political detainees. Affirming the instability and unsuitably of the coup remedy is not the same thing as being chloroformed concerning the huge governance deficit which gave rise to them.

Consider for example, that the coup was preceded by months of open demonstrations, and street protests with the agitators calling on Keita to resign. Indeed, there is a bit of crocodile tears in some of the recent postures by nations, including Nigeria, and international organisations who are pretending that they have no knowledge of the context in which the newest events took place. If we stretch the matter a bit, we could raise the issue whether the mediation committee, headed by former President Goodluck Jonathan could have indicated that they had awareness of the grouses of the opposition against the government, and perhaps could have tried to prevail upon Keita to either incorporate them or even consider resigning.

Furthermore, is it not instructive that when the military struck, crowds of Malians cheered them on; hailing them like heroes because they appeared to provide temporary reprieve for the hard pressed Malians, whose repeated protests fell on deaf ears? Recall too, that in a manner characteristic of many African leaders Keita, came to power in a landslide victory in 2013, promising to unify the country, to revamp the economy, tackle corruption, and to put an end to the Islamic fundamentalist challenge which continued to ravage the  Northern and Central parts of Mali with backing from Al-Qaeda.

However,   by the time of his re-election in 2018, the bubble had burst and it was a diminished Keita that won the election. As a gauge of Keita’s record, the United Nations estimated that terrorism-related deaths have increased fivefold since 2016, while in the first six months of 2020, deaths from armed conflicts have almost equalled the tally for 2019. The picture one has, therefore, is that of a country desperately poor, misgoverned by corrupt leaders, steadily falling apart under the weight of insurgency, mismanaged elections, and poor economic management. To be sure, Mali was not always a basket case, and there are some elements of truth in the statement of Ishmali Wague who promised that the army ‘can restore this country to its former greatness’. Many will recall for example, that in the aftermath of the transition to democracy in the 1990s, Mali became a model of sorts for credible elections, and relative stability. International observers used to point to Mali as an example of best practices in the smoothness, and quality of elections. Not anymore.

Indeed, one of the grievances of the opposition relates to controversial legislative elections allegedly manipulated by Keita’s government. In other words, the rot has been steadily extending to several facets of Malian life. In the reckoning too, is the deteriorating security situation symptomised by the inability of the military to deal decisively with the challenge. Unsurprisingly, several commentators including the Nigerian-based Human Rights Writers’ Association of  Nigeria, have drawn parallels between the situation in Mali, and that of other African countries including Nigeria. According to HURIWA, “What is happening to Ibrahim Keita should be seen as a big lesson to the Nigerian president in particular, and to other African leaders in general, who have decided to be African big men who do not respect divergent opinions”. Although HURIWA went on to condemn the coupists, calling on them to give way to democracy, its statement was particularly eager that Nigerian leaders should take to heart the lessons that are taught by the unfortunate event in Mali.

Historically, political leaders with enlightened self-interest have always learnt from the misfortunes of other countries and taken proactive measures to avert the fate that befell them. One of the most cited examples is that of the English ruling class which in the wake of the French Revolution introduced welfare measures to prevent a similarly horrifying experience in England. Of course, France is England’s neighbour and the possibility of contagion was more real and vivid. Only on Thursday, a report on the state of Nigeria’s economy indicated that there are close to 40 million Nigerians who have no jobs. This says much not just for the state of the economy but for associated socio-economic woes especially the upsurge in crime and banditry connected with joblessness. It also has implications for the Major General Muhammadu Buhari (retd.) regime’s pledge to lift 100 million people out of poverty in 10 years.

The point being made therefore, is that while Nigeria as a sub-regional leader should continue to invest in diplomatic efforts to get Mali back on course, it should not lose sight of the ways in which the internal turmoil and cry for change in Mali mirror certain elements of the Nigerian circumstance. Undoubtedly, the possibility of a Malian type coup occurring in Nigeria is extremely remote, and certainly unlikely, if only because most Nigerians following years of disastrous military rule do not see the military as a viable option for fixing Nigeria. That said, what is advocated is a strengthening of the reformist impulse among the political class, and civil society in order to bring back the vision of good governance that has now been derailed.

The other aspect of the Malian situation that should be of interest to us is the possibility of deterioration in our security situation given the influence of Al-Qaeda in Malian terrorism. A fortnight ago, the United States warned that banditry in Northern Nigeria is being fuelled by Islamic fundamentalists especially Al-Qaeda. The tendency, therefore, for a spill over across the Sahel region is not as remote as might at first seem the case. Restoring stability and good governance to Mali, therefore, beyond the mere condemnation of the coupists, and the imposition of sanctions should be of interest, and concern to security experts in all West African countries, given the age old interconnections, and migrations across the Sahara desert.

For good reasons, therefore, there is a lot that Nigerian and other African leaders can learn from the tragic events which continue to set back and virtually paralyse that sprawling but sparsely populated country.

OBJ to PMB: My position on your second term ambition hasn’t...

Are social goods back on the table?