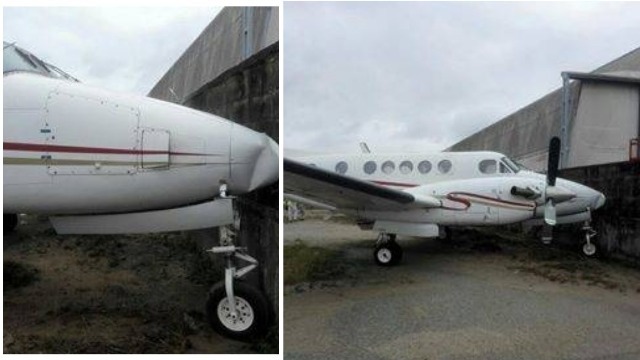 The Accident Investigation Bureau (AIB) has said that it will not investigate an incident involving a Beechcraft King Air B200 aircraft marked 5N-IHS which occurred yesterday at the international wing of the Murtala Muhammed Airport, Lagos.

It was gathered that the aircraft, operated by JedAir Limited, collided with the apron wall beside Bristow Hangar 3 at the general aviation terminal of the airport while taxiing to reposition for ground run.

Spokesman for the AIB, Mr. Tunji Oketunbi said in a release that the agency “has taken the decision NOT to investigate the incident as there was no intention of flight.”

He said the no-investigation decision “is in line with the provisions of section 29 Civil Avaition Act 2006, Section 3 of Civil Aviation (Investigation if Air Accident) Regulation 2019 and the guidance document of ICAO Annex 13.”

He added: “We recognise the safety issues involved but have taken steps to work with the Nigerian Civil Aviaition Authority (NCAA) who will take lead in the investigation to prevent future occurrences.”

NewsGazette learnt that the aircraft had no passenger on board as of the time of the incident and that the pilot suffered no injury.

How to rescue abducted train passengers

NERC promises prepaid meters for all by 2020