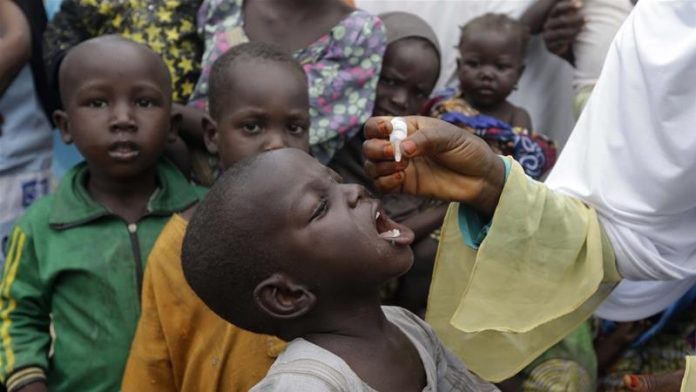 The chairman of the Nigeria National Polioplus Committee of Rotary International, Dr Tunji Funsho, has said that the country spent $17 billion to eradicate the wild polio virus.

The Rotarian stated this in the wake of yesterday’s formal certification of Nigeria, nay African region as wild polio virus-free by the World Health Organisation (WHO).

Out of the amount, Funsho said Rotary International alone, committed $2.2billion, and expended $298m in 15 years, to combat and eradicate the deadly wild poliovirus in Nigeria.

He, however, said more needs to be done concerning routine immunisation, as a handful of states were still under-performing in this respect.

“Myself, the National Polioplus Committee, and all the Rotarians in Nigeria feel a deep sense of accomplishment and relief. At the same time, we must remind ourselves that we have not gotten to the full stop in our wild poliovirus eradication; it is just a comma. We are looking forward to a time when we can say that the job is done and no child is paralysed by the wild poliovirus.

“When we’re talking about funding, we have surpassed our deadline of the year 2000; we have gone another 20 years and that has its attendant costs which has increased the cost of this effort to almost $19bn and still counting because we have not eradicated polio from the world.

“Rotary has spent at least $2.2bn out of the $17bn on polio eradication worldwide. In Nigeria alone, in the last 15 years, we have expended about $298 million on the programme and we expect that we will still need some funds,” he said.

The president made the assertion at the formal certification of the Wild Polio Virus eradication in the African region during the virtual session of the 70th World Health Organisation (WHO) regional committee for Africa in the State House, Abuja.

Buhari, who said eradication of polio in Nigeria was the l of his promise in 2015 upon assuming office, added that elimination of the virus encouraged him to believe that COVID-19 could also suffer similar fate in Africa.

‘‘I recall that shortly after assuming office in May 2015, I made a pledge to Nigerians that I would not bequeath a polio-endemic country to my successor.

“This certification is, therefore, a personal fulfillment of that pledge to not only Nigerians, but to all Africans.

“At a time when the global community is battling the COVID-19 pandemic, this achievement strengthens my conviction that with the requisite political will, investments and strategies, as well as citizens’ commitment, we will flatten the epidemic curve.

“I can affirm the commitment of all African leaders to this course of action,’’ he said.

The president assured the global community that Nigeria would sustain the feat and draw lessons learnt from polio eradication to strengthen its health system, especially the primary health care, and also prioritise health security.

He told the meeting that Nigeria used data systems, community engagement and innovative technology to monitor and predict the occurrence of polio outbreaks.

According to him, the same skills and tools used to crush polio are being used to fight COVID-19 and the multi-country outbreaks of Circulating Vaccine Derived Polio Viruses.

He described the feat as historic, commending the president of South Africa and chairman of the African Union, Mr. Cyril Ramaphosa under whose leadership, Africa attained this feat.

The president recalled that Africa’s battle to kick out polio began in 1996 when the late former South African president, Nelson Mandela, launched Kick Polio out of Africa initiative.

He used the occasion to congratulate WHO’s representative in Nigeria, Dr. Matshidiso Moeti and Regional Committee for Africa and on their relentless efforts, contributions and leadership towards polio eradication in Africa.

“We must guard this achievement of the eradication of Wild Polio Virus in Africa jealously and ensure that we take all necessary steps to prevent a resurgence of this dreaded disease.

“This will require maintaining the highest quality of surveillance and sustaining population immunity through increasing routine immunization coverage and supplemental immunization activities.

‘‘It is heartwarming to note how the strong partnership between the Global Polio Eradication Initiative and Governments of African countries worked tirelessly and collaboratively to deliver this success,” he added.

The president commended the decades of hard work and resilience of health workers, ministers of health and stakeholders such as political, traditional, religious and community leaders as well as founders of various foreign and local foundations whom he said provided the required support.

“I would also like to appreciate the invaluable support of our donors, development and local partners such as WHO, UNICEF, Rotary International, NGOs and faith-based organizations.

‘‘These are truly the heroes and heroines of many battles that have made us triumphant in the war against polio,’’ he said.

Only staff below 58 years asked to resume work at INEC

Airlines fume over Runway 18L shutdown without commencement of rehabilitation