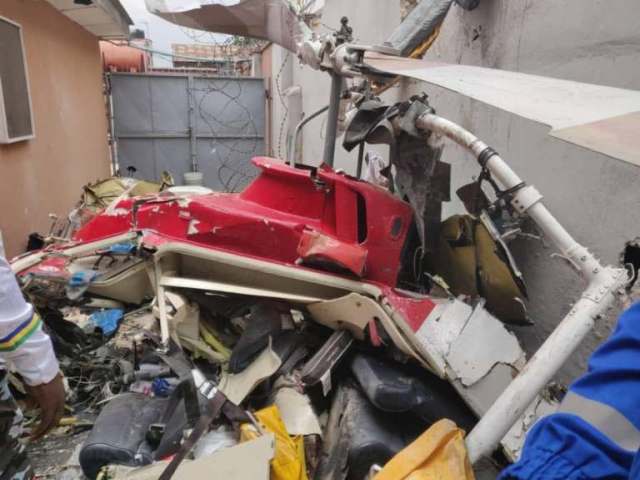 Quorum Aviation has said that all its certificates including air operator certificate, certificate of airworthiness (COA), insurance and some other documents pertaining to airline operations in Nigeria are current and valid.

It would be recalled that a Bell 206 helicopter operated by the company crashed in Opebi area of Lagos on Friday, August 28 killing the three occupants.

Consequently, there was widespread insinuation that the helicopter company operated an aircraft which was not airworthy.

The company, in a statement by its management on Sunday said it complied with all the laid down rules in the Nigerian Civil Aviation Regulations (NCARs) and urged the media to desist from “conjecture and speculation” until the Accident Investigation Bureau (AIB) concludes its findings.

The statement reads: “Quorum Aviation Limited is compelled to make a few clarifications regarding the unfortunate helicopter accident which occurred on Friday, August 28, 2020 that claimed the lives of three of our staffs who were onboard the aircraft.

“For the avoidance of doubt, Quorum Aviation Limited is a responsible corporate entity that adheres to, and complies with all the rules and regulations pertaining to the aviation industry as laid-out in the Nigerian Civil Aviation Regulations (NCAR).

“During this difficult time, we crave the indulgence of the media to refrain from conjecture and speculation, and to choose instead to await the outcome of the Accident Investigation Bureau (AIB) investigation into the cause of the mishap. Our thoughts and prayers remain with the families of the departed.”

It’s time for Akpabio to go