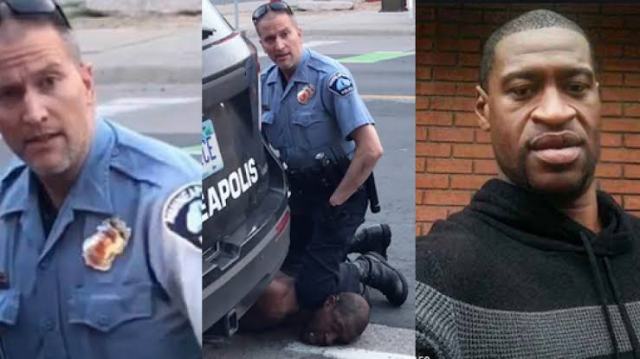 A defence attorney for the fired Minneapolis police officer charged with murder in connection with the death of George Floyd is asking a judge to drop all charges, arguing the 46-year-old man’s death was allegedly from a drug overdose and not caused by the officer planting his knee in the back of Floyd’s neck.

Nelson contends Chauvin acted on his training from the Minneapolis Police Department (MPD) in the use of a “Maximal Restraint Technique” and did so out of concern that Floyd might harm himself or the officers struggling to arrest him.

The Minneapolis Police Department policy on “Maximal Restraint Technique” says it “shall only be used in situations where handcuffed subjects are combative and still pose a threat to themselves, officers or others, or could cause significant damage to property if not properly restrained.”

Nelson also included Minneapolis Police Department training materials on the proper use of the “Maximal Restraint Technique,” in which photos show demonstrations of officers simulating putting their knee on a handcuffed subject’s neck. Nelson argued the training material appeared to contradict a statement made shortly after the incident by Minneapolis Police Chief Medaria Arradondo that he had not seen “anything that says you place your knee on someone’s neck when they’re facedown, handcuffed.”

“Thus, any risk created by Mr. Chauvin’s conduct lies largely with those who train MPD officers and those who approve such training,” Nelson wrote in the motion filed on Friday.

Nelson also cited the autopsy conducted on Floyd that found fentanyl and methamphetamine in his system, a combination of drugs Nelson says is known as a speedball. He noted that the Hennepin County Medical Examiner’s post-mortem report showed Floyd had arteriosclerotic and hypertensive heart disease, hypertension and sickle cell trait. Floyd also purportedly told the officers that he had contracted COVID-19 and was still positive for the virus at the time of his death, a claim confirmed by his autopsy.

Nelson added a footnote quoting Hennepin County Medical Examiner Dr. Andrew Baker saying, “If [Mr. Floyd] were found dead at home alone and no other apparent causes, this could be acceptable to call an OD.”

The attorney for Floyd’s family, Benjamin Crump, did not respond to an ABC News request for comment on the motions. Previously, Crump stated regarding the drugs in Floyd’s system, “The cause of death was that he was starving for air. It was lack of oxygen. And so everything else is a red herring to try to throw us off.”

An independent autopsy ordered by Floyd’s family found his death was a “homicide caused by asphyxia due to neck and back compression that led to a lack of blood flow to the brain.”

A viral cellphone video of Floyd’s fatal arrest on May 25 showed Chauvin with his knee on the back of Floyd’s neck while he was handcuffed and prone on the ground next to a police patrol vehicle. Two other officers, Thomas Lane and J. Alexander Kueng, are seen in the footage helping Chauvin restrain Floyd, whom they initially confronted when they responded to a 911 complaint that Floyd had allegedly used a phony $20 bill to purchase cigarettes at the Cup Foods store in Minneapolis.

The footage of Floyd’s arrest showed him repeatedly saying “I can’t breathe” and calling out for his dead mother before his body went listless. Floyd was taken by ambulance to a hospital, where he was pronounced dead.

Floyd’s death sparked nationwide outcry and massive protests across the U.S. and around the world against racial injustice. The episode, the latest in a string of police killings of unarmed Black people in the United States, has become a rallying cry against police brutality and part of a call to defund law enforcement agencies.

Lane, Kueng and Officer Tou Thao, who arrived at the scene with Chauvin when back-up was requested, have all been terminated from the Minneapolis Police Department and charged with aiding and abetting second-degree murder in the death of Floyd.

Lane, Kueng, and Thao have not yet entered pleas — in court documents, attorneys for Thao and Kueng said their clients intend to plead not guilty to the charges.

Attorneys for Lane, Kueng and Thao have also asked that charges against them be dropped. Cahill has yet to render a decision on those motions.

Prosecutors in the case filed a notice on Friday saying they intend to seek an “upward sentencing departure” from state judicial guidelines if the defendants are found guilty at trial, tentatively scheduled for March 2021.

“Mr. Floyd was treated with particular cruelty,” prosecutors wrote in their notice. “Despite Mr. Floyd’s pleas that he could not breathe and was going to die, as well as the pleas of eyewitnesses to get off Mr. Floyd and help him, Defendant and his co-defendants continued to restrain Mr. Floyd.”

But Nelson argued in court papers that Chauvin and the other officers were trying to protect Floyd, who he alleged was acting erratically and resisting arrest, from injuring himself by “falling and hitting his head on the sidewalk, being struck by an oncoming vehicle, or in his struggles, injuring himself against the squad car.”

He said Chauvin was “clearly being cautious about the amount of pressure he used to restrain Mr. Floyd” and pointed out that in the video Floyd was able to raise his head several times while he was prone on the ground.

“If Mr. Chauvin’s knee had been on the structure of Mr. Floyd’s neck, he would not have been able to lift his head,” Nelson wrote.

He also claimed that as the officers were restraining Floyd they requested a “code 3” response from emergency medical services requiring an ambulance responding to the scene to use lights and sirens, and that the officers together decided against the using a hobble restraint device on Floyd “which would have significantly delayed the transfer of Mr. Floyd into the ambulance and also have required an MPD sergeant to respond to the scene.”

Nelson again cited the autopsy report that found no bruising or evidence of trauma on the back of Floyd’s neck, his neck muscles or his back.

Floyd’s death has been roundly condemned by law enforcement, politicians and protesters nationwide and has been held up as an exhibit of excessive use of force by police.

Just days after the incident, President Donald Trump expressed the “nation’s deepest condolences and most heartfelt sympathies to the family of George Floyd.”

“Terrible, terrible thing that happened,” Trump said on May 29, adding that he had asked the U.S. Department of Justice to expedite a federal investigation into the death. “We all saw what we saw and it’s very hard to even conceive of anything other than what we did see. It should never happen. It should never be allowed to happen, a thing like that. But we’re determined that justice be served.”

Coup talk and echoes of a banana republic

With zero sperm count you can still be a father

UAE lifts ban on entry to passengers from 12 African countries