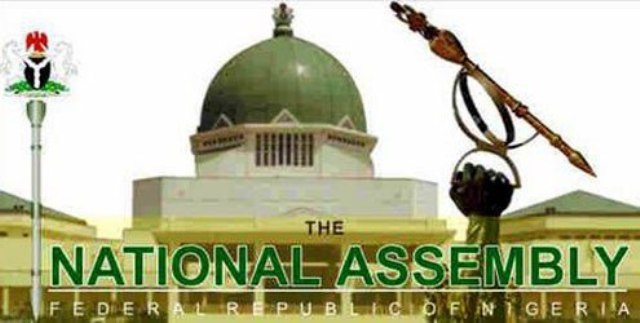 Nigerians and groups have given voiced to the reintroduction of the contentious National Water Resources Bill saying it portends danger to national cohesion.

It would be recalled that National Water Resources Bill failed to secure a concurrent passage by both chambers of the 8th national assembly.

The bill, which seeks to bring all water sources (surface and underground) as well as river banks under the control of the federal government is seen as anti-federalism as it also negates the right of Nigerians to natural resources.

Section 13 of the bill states that “in implementing the principles under subsection (2) of this section, the institutions established under this Act shall promote integrated water resources management and the coordinated management of land and water resources, surface water and ground water resources, river basins and adjacent marine and coastal environment and upstream and downstream interests.”

Section 98 of the bill states that “the use of water shall be subject to licensing provisions.”

Section 107 says that a licence may be cancelled if the licensee “fails to make beneficial use of the water.”

Section 120 makes it compulsory for Nigerians to obtain a driller’s permit before sinking a borehole in their homes.

In the current 9th assembly, the legislation has passed second reading in the House of Representatives and has been referred to a House committee.

In his lead debate, the speaker of the house, Mr. Femi Gbajabiamila, said the bill would “trigger change.”

Reacting to the reintroduction of the bill, the Nigeria Labour Congress (NLC) in a statement by its national president, Mr. Ayuba Wabba said the national assembly is vested with the power to enact laws but warned against ambushing Nigerians.

“Information in the public domain has it that the national assembly leadership is working surreptitiously with vested interests outside the assembly anxious to pass the bill without due legislative process.

“We equally warn against legislative abuse or betrayal of Nigerians as this is what it will amount to if the bill is passed or caused to be passed without public engagement and scrutiny. Already, the sentiments expressed against this bill are too grave to be brushed off,” he said.

The NLC president also recalled the strong sentiments expressed against the bill from nearly all sections of the country and advised against its reintroduction.

Besides, recalled that the bill was rejected in 2018 “with very good reasons.”

“Although there is no law against re-presentation of a killed or rejected bill, however, given the strong sentiments expressed against this bill from practically all sections of the country, then and now, we would strongly advise that this bill should not be resurrected.

“We have in our hands at the moment enough challenges to court fresh and costly controversy.

“Although legislation is one of the three constitutional functions of the National Assembly, it should not be a licence to dictatorship but a representation of the will, aspirations and sensitivities of the populace. In light of this, we state unambiguously that the National Assembly should listen to the voice of reason by resting this bill

“As a pan-Nigerian organisation, we would continue to work assiduously for unity, development, justice and accountable leadership,” he added.

Similarly, Nobel Laureate, Prof Wole Soyinka warned that Nigeria would be doomed if the National Assembly passes the bill.

Soyinka who spoke yesterday while presenting 107 copies of several books to the governor of Benue State, Dr Samuel Ortom in Makurdi for onward distribution to persons taking refuge in internally displaced persons’ camps across the state urged Nigerians to resist the law.

“The National Water Resources bill is a deliberate, flanking move towards RUGA colonisation.

“It must be resisted across board. No compromising or this nation is doomed since it will be resisted by any and all means,” said Soyinka who was represented by the outgoing state chairman of the Association of Nigerian Authors (ANA) Dr Charles Iornumbe.

For its part Ortom, threatened to sue the federal government and the national assembly if the bill was passed.

Speaking yesterday in Makurdi when he hosted the new leadership of Mdzough U Tiv (MUT), an umbrella body of Tiv speaking persons across the world, the governor called on the Economic and Financial Crimes Commission (EFCC) to probe the funds expended on the aborted Ruga policy for which billions of naira was spent.

“Let me say this, if the National Assembly passes the Water Resources Bill which was sent as an executive bill by the President, I will take them to court. Water Bill will not be accepted here in Benue State.”

Continuing, Ortom said: “A bill that was out rightly rejected in 2018 cannot be passed through the back door. It will not be accepted in Benue State. I enquired from members of the national assembly from Benue and none of them accepted that the bill was returned when it was rejected in 2018.

“I told them it is wickedness as you want to control the waterways and extend it to about three kilometers radius which means that even Benue Government House that is close to River Benue will be removed or taken over.

“What they are doing is against the Constitution, the Land Use Act is in the constitution and the only way to amend it is through constitutional review, which two third of the states will endorse before it comes into effect. So, if the national assembly continues hearing on the bill, I will take them to court. It is very wrong and we will not continue to keep quiet on things that affect our land and our people. We cannot allow this injustice to continue in our country and we keep quiet.

“That law will not be accepted in Benue State because we have Rivers Katsina/Ala and Benue which we will not allow anybody take away from us for the purpose of grazing cattle. It is a disgrace to this country that even in the Federal Capital Territory, cattle have been allowed to take over our major roads, hindering free traffic flow. It is what we experience anytime you get to Abuja. It is shameful and my question is why are we not ranching our cattle?

“For our people, that bill is not acceptable and being a government that is committed to the wellbeing of our people, because we were elected by Benue people and not by Abuja or any other person, our primary responsibility is to do what Benue people want which is also my definition of democracy.

“So, I wonder why anybody would want to hate me for doing what my people want. The people are my backbone, so my loyalty and commitment remains with them and I will continue to do what they want.

“I apologise to the people who are not happy with me for standing with the people. The fact is that I do not have a choice.”

The national publicity secretary of Afenifere, Mr. Yinka Odumakin, said the federal government and the national assembly were making surreptitious moves to destabilise Nigeria, given how sensitive land issues are and which are safely vested under the governors in the law.

He accused those behind the moves to pass the bill of having ulterior motives, saying that “they are doing all these for Miyetti Allah.”

For its part, PANDEF said it would be most unfortunate if the federal government and the national assembly were planning to pass the bill.

Its spokesman, Mr. Ken Robinson said the group had rejected the bill when it was presented to the eighth national assembly, adding that “our position has not changed”.

He cautioned the national assembly against any plan to re-introduce the bill “as it would ignite unimaginable crisis and such a plan should be jettisoned immediately in the interest of national peace and stability.

“That bill is not only obnoxious but draconic and imperialistic. It is anti-people. That was why it attracted wild condemnation. And the eighth national assembly heeded to the voice of the people, by throwing out the bill. It would therefore be awful if the ninth National Assembly acts otherwise, and allows itself to be used against the people.

“It is absurd that while citizens are clamouring for the restructuring of the country, to divest more powers to the federating units, the federal government is wanting more powers to control waterways and resources in an already over centralised, unitary system. Instead of initiating constructive dialogue processes to address the yearnings of Nigerians for true federalism.

“The people of the Niger Delta region, particularly of the South-south geopolitical zone, are against the bill in its totality. We consider it an attempt by the federal government to divest Niger Delta communities of their exclusive control of the waterways; seas, rivers and creeks, in the region. They have plundered our oil and gas, our hitherto luxurious ecosystem has been devastated, without any meaningful development; they tried to take our lands through the so-called Ruga scheme. Now they want our waterways, Niger Delta Region people will resist it.

Similarly, the Akwa Ibom State government said it was totally and completely opposed to the water resources bill.

The state commissioner of information and strategy, Ini Ememobong, said the state government had instructed its representatives in the national assembly to reject the bill