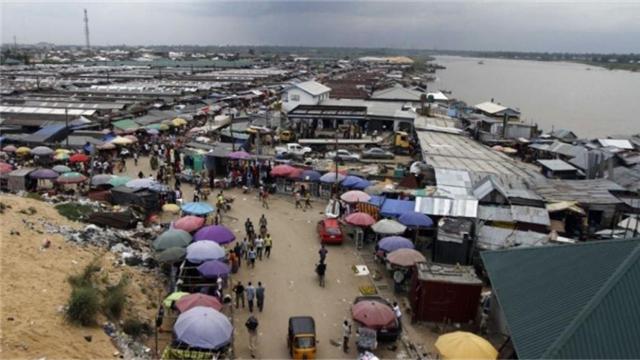 The name Warri, both as a city and a people, is a bundle of contradiction, a paradox of sort.

A city with a deep history of commerce and business but now in decline. A people of boldness and audacity – they conquered coronavirus with ogogoro and other local herbs – that they have no need for face masks and social distancing.

That is the Warri of today. They do not fear anybody or thing and are ready to die for a cause that they believe in. Unfortunately, most of the boldness or gra-gra that the Warri man display today are misplaced, they are misdirected as they have turned the situation to comedy.

How I wish these gra-gra energies could be channelled into a fight for their emancipation and development of their land, including the flushing out of criminal politicians.

Everything in Warri is now a joke; comedians are making jokes of the situation, while we all go into ecstasy and delirium. The youths are more engaged in cultism and rival gangs clashes, while the generality choose to be lawless as if there is no government in place.

Today, people who knew Warri in the sixties and seventies when they came visiting, are now wondering what has become of the city and its people; even the delicacies are in decline as adulteration of products have become the order of the day.

It is in Warri that you will see people who have been appointed to take care of the common wealth openly flaunt their stolen money, with security details and entourage in tow.

It is in Warri that you will see the NPA in one area, Delta Steel Company at the other end, the Refinery and Petrochemical company at another side and different oil and multinational companies scattered all over the place, yet nothing to show in terms of city development; everybody knows but nobody takes action.

The lawlessness in Warri is so pervasive that different security and government agencies are competing amongst themselves to be posted here to work. They all come, milk the city dry, collect whatever they can and then leave the city to rot.

There is no group that is exempted from the pillaging of Warri. Even religious groups can be found at every nook and cranny with funny advertisement billboards. We used to see businesses established by individuals nurture and grow and you could identify the source of their wealth, but today they just emerge from nowhere; the politicians, government officials, NDDC and DESOPADEC officials are busy showing off; the people know but what can they do? When these ones have built private armies for themselves, that is why the cultist activities are on the increase; the boys are ready to betray their people, do the bidding of their seniors in the cult for pittance.

No wonder the Warri representative in the House was shouting “it’s okay, it’s okay….off the mic,” when a serious issue concerning his constituents was being discussed. And so, Warri remains in decline.

It is only in Warri that a local contractor will do a road construction job in places like Obire Street, Ereku Street, both off cemetery Road. Ugbuwangue Roads construction, Nigercat trailer link road and many others; after the first rains, the gravels and sand used for construction are washed away.

Such is the situation that a man appointed to clean the stable, like the fellow in NDDC, will come out to say: “we must take care of ourselves first”. That is the belief and that is the culture; it requires a total overhaul of both the mind and body, because it is evil.

It is unfortunate that successive Delta State governments have not taken advantage of Warri as a business and industrial hub to move the state forward; they have neglected Warri because the state capital is in Asaba.

Look at Abuja and then, turn your gaze in the direction of Lagos, you will understand why it is important to have a good government. The Delta State government is losing heavily in terms of revenue that should have been generated from Warri because of its inaction; it has left its services to agberos(touts), area boys and community leaders.

There is no sign of government presence anywhere in Warri; all you see are different categories of security men and government agents harassing and extorting money from people going about their genuine businesses and converting money collected to their personal use.

While the local governments of Warri South, Uwie, Udu and environs are struggling to pay staff salaries, private individuals are amassing wealth for themselves.

Government should look into its operations in Warri: first, make Warri great again; work seriously at revamping the city, the roads, drainage system, environmental sanitation and orderliness. It should force landlords to repaint their buildings and order acquisition for defaulters.

If the people see action on the part of government, they will willingly pay taxes, which should go directly into government coffers. They should streamline the revenue collecting agencies and remove touts from our roads; they are killing businesses; all touts disturbing legitimate businesses must be put away.

Presently, people no longer believe in government, they believe in themselves and their struggles and so do not give a damn whether government set rules or not because they know they can always circumvent such rules.

Warri is crying for development, it is a multi-ethnic, multi-cultural and pluralistic city; it has to be developed in that line with the people benefitting. It has always been a reputation of welcoming strangers; its rich tourism potentials must be developed for the benefit of both the state and the country.

The rich coastal lines can be put into full aqua tourism businesses. The Lagos State government is taking advantage of this; Delta must follow suit. The rich cultural heritages of the Itsekiri, the Urhobo and the Ijaw peoples are all well documented.

The government and the people must take advantage of this. Also of note is the development of the youths; our youth development programmes, especially of the Delta State government, are very poor.

The only way to solve youth problem is to put into positive engagement their minds and bodies. As I write, there are no recreation centres and sport clubs, just as voluntary organisations are not given the necessary encouragements.

Voluntary organisations like the Scout movements, paramilitary guard and others are not given subventions; these ones channel the energy of youths into positive developments; when you deprive them of subventions you are contributing to youth restiveness.

Annually, monies are budgeted for this purpose, but only the people in government know what they are doing with same. The only sports club, Warri Wolves Football Club, is underfunded, with players salaries always in arrears. How do you expect performance? Warri needs to be salvaged and palliatives will not work. It requires a holistic Marshall Plan and the people of Warri must channel their gra-gra into making this to work; they must fight for the right things.

Buhari swears in Ariwoola as CJN

Daddy Freeze and the gospel of disrespect

The devil and our rulers