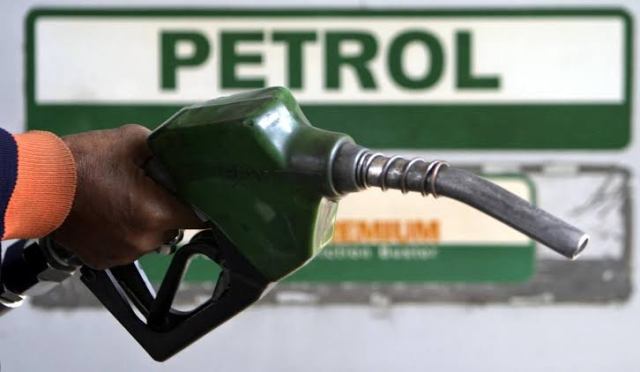 As Nigerians were trying to come to terms with the hike in electricity tariffs announced by the distribution companies (DisCos) on Tuesday, September 1, another jolt came on September 2 with the Pipelines and Product Marketing Company (PPMC) increasing ex-depot price of petrol from N138.62 to N151.56 per litre.

The price adjustment now drives the pump price of petrol to N162 per litre at the retail outlets, up from N149.

The PPMC had in a memo dated September 2, 2020 and sent to depot owners said: “Please be informed that a new product price adjustment has been effected on our payment platform.

“To this end, the price of premium motor spirit (PMS) is now one hundred and fifty-one naira, fifty-six kobo (N151.56) per litre.

As soon as the PPMC made the announcement, the Independent Petroleum Marketers Association of Nigeria (IPMAN) directed its members in the southwest region of the country to begin the sale of petrol at N162 per litre.

IPMAN’s southwest zonal chairman, Mr. Dele Tajudeen said his members would have to make provision for the cost of diesel to run their generator that would power the dispensing machines; pay the cost of transporting the fuel from the depot to their respective filling stations and also settle their statutory levies with the appropriate regulatory agencies.

But the development has not gone down well with the Peoples Democratic Party (PDP), Pan Niger Delta Forum (PANDEF), pan-Yoruba socio-cultural group, Afenifere, among others.

The PDP rejected the new petrol price and electricity tariff under the All Progressives Congress (APC)-led government.

The party, in a statement by its national publicity secretary, Mr. Kola Ologbondiyan described the development as callous, cruel and punishing, adding that the APC leaves no one in doubt that its agenda is to inflict pain and hardship on Nigerians.

The party said the increase would result in upsurge in cost of goods and services and worsen the biting hardship being faced by Nigerians who are already impoverished and overburdened by the APC-imposed high cost of living in the last five years.

The party demanded immediate reversal of the prices to avert a national crisis.

“Our party asserts that by increasing the price of fuel from the N87 per litre it sold under the PDP to an excruciating N151 while at the same time allowing the hike in electricity tariff from N30.23 per KWH to over N66, the APC has left no one in doubt that its agenda is to inflict pain and hardship on Nigerians to satisfy their self­ish interests.

“The unjustifiable increase in the price of these essential supplies, coming barely a week after the APC brazen­ly posted a support for fuel price hike, while attempting to rationalise the excruciating hardship being suffered by Ni­gerians under the Buhari ad­ministration, has further con­firmed that the APC is at the centre of the harsh policies of the Buhari presidency,” said Ologbondiyan.

The party also stated that it was distressing that the APC administration increased the cost of essential commodities at the time the leadership of other countries were offering palliatives to their citizens to cushion the effect of the COVID-19 pandemic.

“We know that APC is an unfeeling party but it is indeed shocking that it could go to the extent of approving such a hike at this trying time, when many Nigerians are struggling to afford staple foods and other necessities of life.

“Our party challenges APC and the Buhari administration to publish the parameters with which it arrived at the increase of fuel price to N151 per litre given that with the prevailing values in the international market, the appropriate price template for domestic pump price in Nigeria ought not to be above N100 per litre,” Ologbondiyan added.

PANDEF, for its part, condemned the fuel price hike saying Nigerians are continuously being made to pay for the inefficiencies of the government and its agencies.

The group’s national publicity secretary, Mr. Ken Robinson, said: “How can the government even consider increasing the pump price of fuel again at this time in the face of the COVID-19-induced socio-economic challenges when citizens are struggling to carry on with everyday living?

“Many businesses are barely managing to survive; workers in the private sector are either not being paid salaries or being sacked. And it is in the face of such damning situations that the government has again introduced conditions in the guise of a fraudulent deregulation regime that has reportedly warranted the increase in the pump price of fuel in the country.

“The action is insensitive, callous, and clearly anti-citizens and is definitely going to adversely impact on citizens’ livelihood and I wonder why do the people have to always bear the painful consequences of the failures of government?”

He called on the federal government to rescind the latest price increase so as not to further add to the hardship Nigerians are facing.

He stated: “It is unfathomable that a country said to be the sixth-largest oil-producing country in the world, has, paradoxically, for decades, depended on imported fuel products to meet domestic needs, due to lack of refining capacity. And we have four refineries in the country that have largely become economic drainpipes. Why do we have to continue like this? Why can’t citizens optimally benefit from a commodity that we produce, in abundance?”

Afenifere, in a statement by its spokesman, Mr. Yinka Odumakin said the price increase was the fallout of the fake promises made to the electorate by APC to assume power.

“This is coming from those who made all fake promises to them before they got power. It is a reward for people who don’t hold politicians accountable for their words,” he said.

Similarly, the minority caucus in the House of Representatives faulted the new price saying the increment was unacceptable as it would result in increase in the already high cost of consumer goods and services.

The caucus, in a statement signed by the minority leader, Mr. Ndudi Elumelu further said the price adjustment would worsen the current economic hardship. “This is because such increase will directly result in more hardship on our citizens, particularly at this critical time when the majority of Nigerians, across the country are struggling to survive under the burden of the high cost of living and low purchasing power occasioned by the prevailing economic challenges.

“Any increase in the cost of an essential commodity like fuel will, therefore, bring more hardship to the people and as such should not be contemplated,” Elumelu said.

The opposition lawmakers urged the government to come up with strategies that would lead to a decrease in pump price.

They recommended the revamping of the nation’s refineries rather than resorting to price increment to the detriment of Nigerians and called on the PPMC to revert to the old price.

However, the APC justified the price hike saying “the pricing template now reflects competitive and market driven components” which it claimed “is supported by the citizenry.”

The party contended that President Muhammadu Buhari’s administration had rid the system of corruption and tortuous fuel queues adding that “the system is now much more transparent.”

“Under the President Muhammadu Buhari administration, the tortuous fuel queues as a result of biting scarcities are gone.

“The pricing template now reflects competitive and mar­ket driven components which is supported by the citizenry.

“In an effort by this ad­ministration to put an end to estimated and arbitrary bill­ing for electricity, President Buhari recently directed a nationwide mass metering programme for electricity consumers in the country,” said the party’s deputy national publicity secretary, Mr. Yekini Nabena in a statement.

The party also commended the government for the efforts to ensure an end to estimated billing.

“Commendably, the federal government is already working to ensure that elec­tricity distribution compa­nies (DisCos) commit to in­creasing the number of hours of electricity supply every day and also improve on their quality of service,” Nabena noted.

He added that that an effort by the APC-administration to put an end to estimated and arbitrary billing for electricity, made Buhari to recently direct a nationwide mass metering programme of electricity consumers in the country.

“For PDP that is only concerned with pushing the interest of its few cronies over the general interest and welfare of the citizenry, we don’t expect PDP to grasp the import of this landmark presidential directive, which aside improving electricity and service delivery is also protecting the poor and vulnerable Nigerians from increased electricity tariff and arbitrary/estimated billings,” he said.

Nabena further said the PDP might also be unaware that the federal government had approved a one-year waiver of import levy on electricity meters so that Nigerians who do not have meters could be supplied as early as possible at a reasonable cost.

10, 000 Nigerian girls are into prostitution in Burkina Faso – Ambassador

US Donates over 3.5m doses of Pfizer COVID-19 vaccine to Nigeria