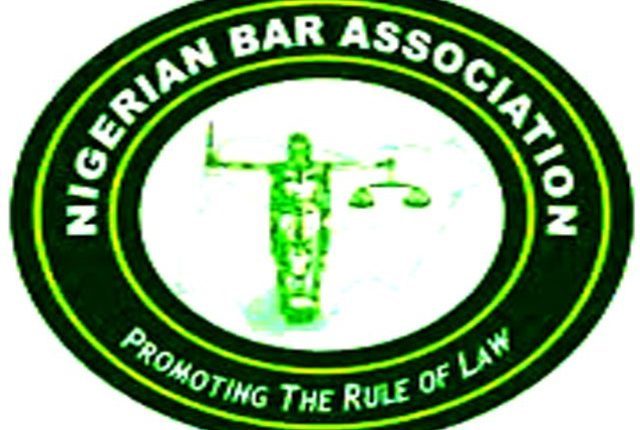 Principle helps one to be consistent. Whoever lacks it can say one thing now and say something else on other occasions. Using one yardstick under all circumstances is therefore rooted in principle. The regular reader of this page knows I won’t support one thing for one Nigerian but fail to support another Nigerian because of tribe, religion, or other prejudices. That’s rooted in principle too. Without it, contradiction in action and words is what one gets. For prejudice overthrows what is lofty, elevating, class. That propelled what some lawyers did the other day.

The Nigerian Bar Association invited several speakers to its annual conference and later disinvited one. It’s for a host to invite and then say he doesn’t invite anymore. But the manner this one happens, as well as the reason in the petition of those behind it shows a bizarre level of pettiness, and only a person who doesn’t see beyond the surface would applaud it.  I saw the reason proffered by the petitioners and it made me want to run for cover. It also made me ask: What does it mean to be ‘learned’? I used to think the word implies some level of class, which someone interprets to mean “quality human being”.

In 2007, I examined the implications of the invitation that the Colombia University, USA, issued the then Iranian President, Mahmoud Ahmadinejad (See, “Africa: Engagement – Joker for Iran and Zimbabwe”, Daily Trust, September 28, 2007). I opened thus: “The American Colombia University did a rare thing recently.”  It’s rare to see a society or institution rise above the expected, the ordinary, the normal. It’s normal when humans react or do some things in a certain way. It’s normal for humans to hate. It’s normal to engage in tit-for-tat. It’s so cheap to descend low to hit an antagonist anywhere it hurts most. When I see people who rise above that, I treat them with utmost respect. They have their failings in other respects, of course. But their capacity to not descend low as everyone does, to me, makes them people who can do no wrong. For such human beings are rare gems, hard to find.

When the Columbia University decided to rise above “do-me-I-do-you” in 2007, I celebrated them. Such are people and institutions who leave a lasting impression on people with a similar view, not the mundanely low character that most of us exhibit. Were the late Nelson Mandela of South Africa that low, our world wouldn’t celebrate him. No one takes note of what is commonplace. Such is lost in the crowd.

If the reader is familiar with the frozen relations between Washington DC and Tehran at the moment, they’ve got a picture of the situation back in 2007. Like other Iranian leaders, Ahmadinejad supported his nation’s nuclear ambition, insisting it was for peaceful purposes.  In 2006, he announced that Iran had successfully refined uranium to a stage suitable for the nuclear fuel cycle. He said Iran had changed as it had become a nuclear state and could talk to other states from that stand; however, peaceful Iranian nuclear technology wouldn’t pose a threat to any party. Nevertheless, the United States and Israel felt uneasy. They accused Iran of striving to obtain nuclear arms and develop long-range firing capabilities.

The rhetoric on both sides wasn’t that of nations that wanted to have a handshake, let alone have the Iranian leader visit the White House. Washington didn’t like Ahmadinejad’s face. It believed what it believed and there was nothing the then Iranian leader would say to make it change its mind. But not the Columbia University. That broad-minded institution showed class. It wanted to hear directly from the man politicians in Washington cast as demon. They invited him to their campus, and Ahmadinejad came to tell his own side of the story. What the Columbia University did was based on its principle of fair hearing, on values it held dear and upon which the institution thrived and made a global name for itself. Some objected to the invitation within the academic circle. But in the end what was lofty, elevating, class prevailed. Such was the drive of those who stood for principle, for value, rather than malice and pedestrian arguments.

When the news of the disinvitation of the Kaduna State governor, Nasir El-Rufai, became public, the first thing I recalled was the above prejudice which Columbia University exhibited. I would have done what that the university did to any antagonist of mine, as indeed I had done to not a few in organisations where I was privileged to determine who got to do what and who didn’t. There was this occasion I considered who was the best to handle a particular assignment for our organisation. There was this colleague who never tired of criticizing, never commending. But he was the best as far as this assignment was concerned. He got it. I couldn’t have done otherwise. By being malicious, believing others shouldn’t express their views, I would have dropped what I believe in. Other people can. I can’t.

I looked at some of the comments made by the people who were said to have opposed the invitation extended to the personality they didn’t like. I saw words like “misrule”,  when there was “Governor (Babagana) Zulum of Borno State, a better person” to talk about security, as well as the grudging comment that the disinvited governor might come to use the NBA platform to defend his action. These are tell-tale signs of the mindset of the people who sponsored the petition. I asked myself, who determines ‘misrule’? Who determines which governor is better? I do this piece to express my view on the manner people who say they are ‘learned’ have turned away from everything the word should imply. For instance, the theme of the NBA’s conference is: ‘Am I a Nigerian – A Debate on National Identity, the Indigeneship-Citizenship Conundrum.’  The reader knows the governor that these lawyers disinvited has espoused a policy of every resident of his state being a citizen of the state. So, who and what single factor determines “a better person” to speak? This petition is prejudice and pettiness personified, and I’m shocked some lawyers stoop this low.

Meanwhile, by their action, lawyers disregard the principle of fair hearing. But they are the same people in gown and wig who talk of fair hearing in courts. They’ve made up their mind, their judgment is what is right and every other person is wrong. Is that the latest connotation of ‘learned’? They grumble about a speaker coming to use the platform to defend his action. I should assume that is what lawyers argue for in court. They consider the right of their client to defend themselves to be sacrosanct. But here’s a group of learned men who forget all of that when malice takes over. I look at the list of other speakers and I can’t see any who doesn’t have some hard questions to answer. However, one of them is singled out for disinvitation because of the vindictiveness of some. It’s there in the reason the petitioners give, the tone of which sounds as though it comes from a dark heart full of bile.  Through this kind of pettiness, I see why we have the kind of nation we have.

Often, when supposed elites put their reasons and arguments together, I’ve been shocked at the level of lowness displayed therein. What they have as reasons for their position are a concoction of what they called facts but which don’t match, a jumble of excuses that I would be too embarrassed to append my signature to. It was there in the reasons put together by some who went lobbying the British MPs to say their faith was persecuted. Now it’s not faith, the grumbling is about a person using a platform to defend his action. This thing is pedestrian, low, distasteful. Is this the best that the elite and the learned can offer our nation?  I would have applauded a situation where these petitioners enumerated their grouses against the invitee, expressing their disapproval for the invitation. They could then state that the NBA is a body that stands for certain principles, and for this reason they would allow the invitation to pass. That’s class. But it was thrown overboard that time.

Between Tinubu’s mob and Obi’s mob

Who should Nigerians trust: Buhari or Rohr?

Buhari and the fayawo economy

Harvest of terror and excuses