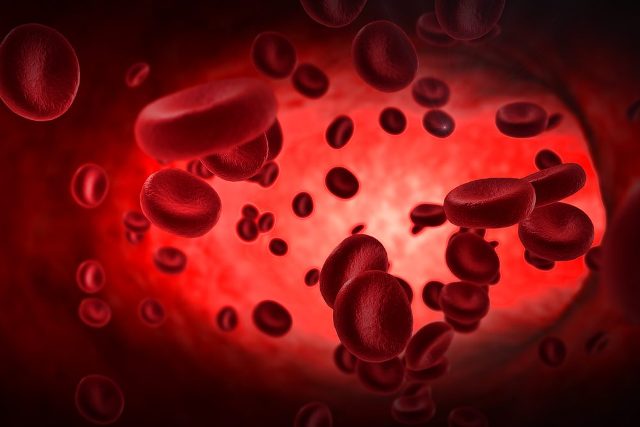 In light of September being sickle cell awareness month, I will be sharing real life stories of those living directly or indirectly with sickle cell.  I hope enjoy the story below.

Barely had my mother gone into labour when I dashed out in minutes almost effortlessly and painlessly. At 6/7 months old, I had started running around as a baby ready to take the world by storm. Three years down the line, things took a new twist that slowed down the zeal I had dived into this world. I was diagnosed with sickle cell anaemia.

I am Olutayo Faloye, a middle-age business communication and property consultant at a media firm and holds a B.A (Hons) Linguistics Degree, among other ICT and entrepreneurial certifications. I’m also into SCD advocacy as founder of a NGO- “Disability & Sickle Cell Organisation of Nigeria.”

I was sickly and asthmatic as a baby, as if that wasn’t enough, hearing loss (partial deafness) set in, which I only fully came to terms with after I completed secondary school. I struggled all through primary and secondary schools to hear clearly what others said and what teachers taught without really understanding what had befallen me. However, what I missed through my sense of hearing, I gained through having a keen mind and a magnetic brain by reading and I was above average in academics.

Subsequent visits to ENT (Ear, Nose & Throat) and Audiology centres respectively confirmed my fears of partial deafness, which they said could be a direct offshoot of my sickled genotype or as a result of ototoxic medications administered on me during asthmatic bouts or crisis periods; the specific onset of my hearing challenge couldn’t be established.

I had frequent bone pain crises in my teens and once I lost close to a term in secondary school while on hospital admission, over a protracted jaundice crisis. Aside frequent fatigue upon any physical activity, I wasn’t particularly sick at the start of the jaundice problem except noticing my urine was getting coloured by the day until it got to almost the colour of a blackened soft drink, before I was urged to go for a lab test. The result came out with a note of urgency for hospital admission. I eventually became seriously sick afterwards.

I have had two severe pain crises and the last being in 2017 is of note.  As I arrived in the hospital in the morning, after a long night of excruciating pains and getting hurriedly wheeled into an emergency ward, I broke down in tears. I wept not because of the severity of the pains. I was simply overwhelmed with negative emotions for the first time. The thoughts of what I had silently put up with over the years braving the odds; the thought of my kids, some unfulfilled goals and all, came swirling at me like a devastating tornado. I actually didn’t believe I would make it out of that particular crisis.

My other sickle  cell disorder battles are with acute chest syndrome which is mostly prevalent during rainy cold seasons, and an enlarged spleen which causes abdominal pains, fullness/tighten of the stomach and gas, including excessive burping.

Growing up with this health challenge, life was a bit restrictive with too many do’s & don’ts coupled with a loving, overly strict mother (may her soul R.I.P). She would regulate the food I ate as she was keen on cutting me off oily and diets high in protein, following doctors’ instruction after the jaundice scare. She also made me consume any herbal mixtures she heard were good for sickle cell disorder, regardless of their unpalatable taste, like ‘orin ata’, etc. My movement was highly curtailed too, forcing me to scale the balcony of our home to attend parties with peers while she was asleep. All these actually compelled me to wanting to defy the disorder to lead a normal life, which I did.

In defiance, I decided to go to the gym for body building and regular exercises like pushups. I also played football and island ball (local lawn tennis) as a way of coping with everyday life as a sickle cell warrior. The exercises aided good blood flow in my system, boosted my appetite for food, built my bones, aided sound sleep and kept me fit.  I had years without any hospitalisations during those period, except minor health issues.

Founding a NGO a few years ago wasn’t only spurred by my sickle cell battles and hearing loss experiences alone. Losing my close childhood friend, a neighbour and others I knew quite well to the disorder were also decisive factors. I also encountered discriminations a few times while job hunting due to my hearing disability, which is hidden but profound. It affected my confidence, and at some point I had to fight from drifting into depression.

I recollect being rejected for the job of an administrative officer in a manufacturing company in 2004 during the final stage of an interview because I shared my hearing challenge with the HR director. This is after I had scaled two previous interview levels, with one being a practical excel test. Another occasion was at an academic institution, where they had fears it would impact negatively on my performance. I had also been called over the phone for telephone interviews but battled to hear some of the exchanges and couldn’t clinch the jobs.

It compelled me to start trying to conceal it during interviews and it made things even more difficult for me. And when I opened up to have people speak audibly during interactions, I faced the risk of being rejected. My confidence dwindled, and at some point I had to settle for some jobs way below me to earn a living and keep going before switching to entrepreneurship. It is a really complex situation.

Hence, the reason our NGO was named: “Disability & Sickle Cell Organisation of Nigeria”, which aims at also extending a helping hand to Persons Living with Disabilities aside its core sickle cell advocacy focus.

In all, I have maintained a positive outlook to life believing anything a person without the disorder can do, we as sickle cell disorder warriors could do even better. A Yoruba adage says: “whatever doesn’t kill you, can only make you stronger.”  The obstacles that sickle cell throws in my path are a challenge I relish and work assiduously to overcome. It’s not a death sentence but must not be toyed with by intending couples.

Ghanaian woman in search of healing at SCOAN goes missing in...

Obi Cubana and the Oba burial

Musings on some mindboggling corruption cases in Nigeria