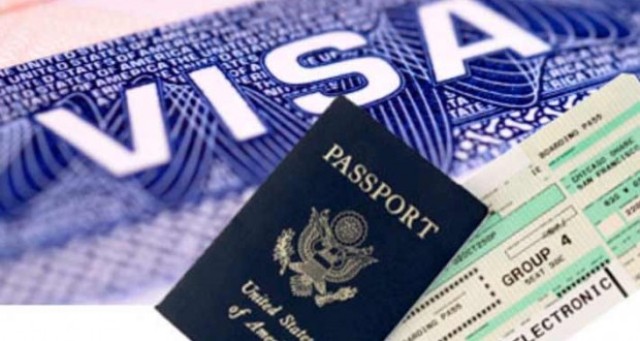 A federal judge ordered the Trump administration to resume issuing diversity visas for immigrants from under-represented countries, partially reversing a pandemic-related freeze on a wide range of immigrant and temporary visas.

The US issues up to 55,000 visas a year to people from countries with low representation in the US, many in Africa.

They are chosen from millions of applicants by lottery. Winners who aren’t vetted for green cards at U. S consulates lose their spots if they don’t have their visas in hand by Sept. 30 of the year they were chosen.

The State Department had issued about 12,000 diversity visas for the 2020 lottery when President Donald Trump announced the freeze in April, leaving about 43,000 winners still waiting, US District Judge Amit Mehta said.

“To be clear, there is no statutory requirement that every available diversity visa be issued each year,” Mehta wrote in an 85-page ruling Friday in Washington. “

But that does not mean that the State Department could effectively extinguish the diversity program for a given year by simply sitting on its hands and letting all pending diversity visa applications time out.”

Mehta, who was appointed by President Barack Obama, denied requests to take similar action on other visa categories subject to bans, including many family members, H-1B visas for high-tech workers and H-2B visas for seasonal workers.

Trump has long sought to scrap the diversity visa lottery, saying it brings “the worst of the worst.”

While Mehta justified his order on grounds that delays were unreasonable, he made clear that he disagreed with Trump’s characterizations.

“Diversity visa lottery winners are people who have come to this nation, like millions before, to seek a better life for themselves and their families, and to pursue the American Dream,” he wrote.

“They do not deserve to be caricatured as common criminals, or to be used as a political wedge issue.”

Trump imposed the visa freezes through the end of this year, calling them a way to protect American jobs from economic losses wrought by the pandemic.

The Justice Department did not immediately respond to a request for comment Saturday.

The judge told the administration to “undertake good-faith efforts … to expeditiously process and adjudicate” diversity visas for 2020 but stopped short of extending the Sept. 30 deadline. He scheduled a hearing for Sept. 25 to consider additional steps. Attorneys for visa applicants welcomed the order but expressed disappointment that other visa categories were denied.

“The diversity visa lottery has allowed for substantial diversification of legal immigration, especially from Africa, and we’re thankful the court is protecting that.

Drummers of hate and the drunken dancers

X-raying the dust over Buhari’s appointments

The rule of idiots

EFCC says no evidence of N1.6bn transferred to Jonathan’s church