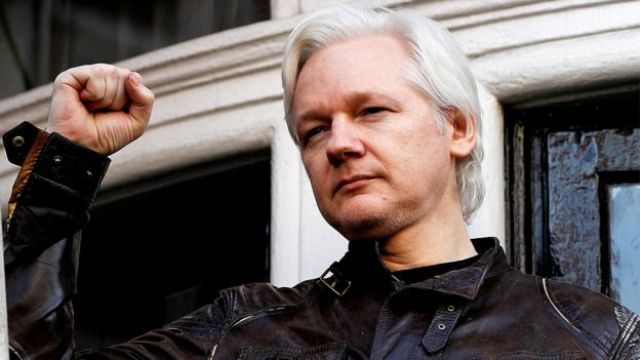 WikiLeaks founder Julian Assange on Friday moved a step closer to facing criminal charges in the United States for one of the biggest ever leaks of classified information after Washington won an appeal over his extradition in an English court.

U.S. authorities accuse Australian-born Assange, 50, of 18 counts relating to WikiLeaks’ release of vast troves of confidential U.S. military records and diplomatic cables which they said had put lives in danger.

Assange’s supporters cast him as an anti-establishment hero who has been persecuted by the United States for exposing U.S. wrongdoing and double-dealing across the world from Afghanistan and Iraq to Washington.

At the Royal Courts of Justice in London, the United States won an appeal against a ruling by a London District Judge that Assange should not be extradited because he was likely to commit suicide in a U.S. prison.

Judge Timothy Holroyde said he was satisfied with a package of assurances given by the United States about the conditions of Assange’s detention, including a pledge not to hold him in a so-called “ADX” maximum security prison in Colorado and that he could be transferred to Australia to serve his sentence if convicted.

Further hurdles remain before Assange could be sent to the United States after an odyssey which has taken him from teenage hacker in Melbourne to years holed up in the Ecuadorean embassy in London and then incarcerated in a maximum-security prison.

The legal wrangling is almost certain to go to the Supreme Court, the United Kingdom’s final court of appeal.

“How can it be fair, how can it be right, how can it be possible, to extradite Julian to the very country which plotted to kill him?” she said. “We will appeal this decision at the earliest possible moment.”

Supporters of Assange gathered outside of the court after the ruling, chanting “free Julian Assange” and “no extradition”. They tied hundreds of yellow ribbons to the court’s gates and held up placards saying “journalism is not a crime”.

Judge Holroyde said the case must now be remitted to Westminster Magistrates’ Court with the direction judges send it to Home Secretary Priti Patel to decide whether or not Assange should be extradited.

Assange, who denies any wrongdoing, started out as a teenage hacker with the nickname Mendax – a classical Latin word for “liar” – but a few decades later would expose some of the United States’s darkest secrets.

WikiLeaks came to prominence when it published a U.S. military video in 2010 showing a 2007 attack by Apache helicopters in Baghdad that killed a dozen people, including two Reuters news staff.

Assange jumped bail and was offered refuge in 2012 by Ecuador’s then-president Rafael Correa. He spent seven years holed up at the embassy in London while British police spent millions of dollars watching for any sign that he would emerge.

After relations with Ecuador soured, Assange, with white hair and a long beard, was dragged out by British police.

The U.S. Justice Department said Assange was charged with conspiring with former Army intelligence analyst Chelsea Manning to gain access to a government computer as part of a 2010 leak by WikiLeaks of hundreds of thousands of U.S. military reports about the wars in Afghanistan and Iraq and American diplomatic communications.

U.S. prosecutors and Western security officials regard Assange as a reckless and dangerous enemy of the state whose actions imperilled the lives of sources named in the leaked material.

His admirers have hailed Assange as a hero for exposing what they describe as abuse of power by modern states and for championing free speech.

“This is a travesty of justice,” said Amnesty International’s Europe Director Nils Muižnieks, who said the U.S. indictment posed “a grave threat to press freedom both in the United States and abroad”.

#EndSARS: Buhari opposes use of brute force on youths