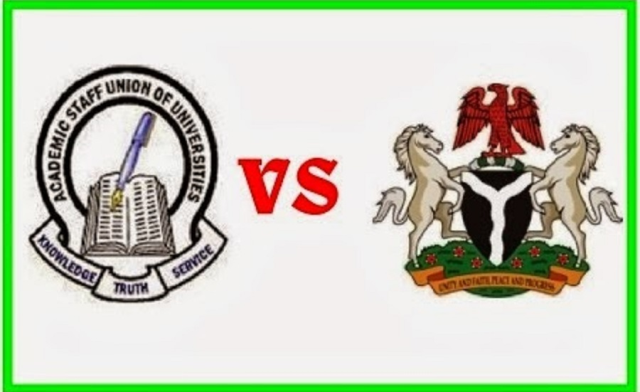 The federal government yesterday made a volte-face in its directive to vice-chancellors, pro-chancellors and governing councils to re-open federal universities.

Recall that National Universities Commission (NUC) had in a circular marked NUC/ES/138/Vol.64/135 and addressed to all the vice-chancellor, pro-chancellors and chairmen of governing councils of federal universities, ordered them to re-open universities.

However, the commission in another circular marked NUC/ES/138/Vol.64/136 and entitled: ‘Re: Forwarding of Court Judgement and Enforcement of Order by the National Industrial Court of Nigeria (NICN) in Suit No. NICN/ABJ/270/2022.: Withdrawal of Circular Ref: NUC/ES/138/Vol.64/135,’ withdrew the earlier order.

The letter signed by the commission’s director, finance and account, Mr. Sam Onazi, on behalf of the executive secretary, Prof Abubakar Rasheed, did not give any explanation for the action.

The letter reads: “I have been directed to withdraw the National Universities Commission (NUC) circular Ref: NUC/ES/138/Vol64/135, and dated 23rd September 2022 on the above subject. Consequently, the said circular stands withdrawn.

“All pro-chancellors and chairmen of Governing Councils, as well as vice-chancellors of the federal universities are to please, note. Further development and information would be communicated to all relevant stakeholders.

“Please accept the assurances of the Executive Secretary’s warmest regards.”

Recall that ASUU has been on strike since February 2022 following the federal government’s failure to implementation of agreements.

After several meetings between the union and the federal government failed to yield any concrete result, the government filed a suit against ASUU at the national industrial court.

The court, on September 21, ordered the lecturers to resume work.

However, the union responded by filing an appeal seeking a stay of execution on the decision of the national industrial court.

It was gathered that the withdrawal of the directive was occasioned by the appeal the appeal against the judgement of the National Industrial Court of Nigeria.

It was gathered that the NUC was reminded of the implementation of its action considering that the Academic Staff Union of Universities, through its team of lawyers had filed an appeal against the court’s judgement.

It was also gathered that the commission was also informed that that ASUU had successfully secured a stay of execution of the judgement of the court which had ordered it to resume work.

Before the directive was withdrawn, the vice-chancellors of public universities were reluctant to carry out the order, saying they were studying the letter issued by federal government through NUC, ordering them to reopen schools and allow students to resume lectures.

Secretary general of the Committee of Vice Chancellors of Nigerian Universities, Prof. Yakubu Aboki Ochefu, said to ensure the strike did not continue after reopening the institutions, the vice-chancellors were studying the letter so as not to reopen the schools and still discover that ASUU members were still on strike.

Reacting to the earlier directive, the national president of ASUU, Prof Emmanuel Osodeke, said the federal government was not talking to his members.

“We are not holding the keys to the campuses. We did not shut down any university. Those who shut down the universities are the ones who can decide to open them or not.

“As for us going back to work, the government is not talking to us. We did not institute the case at the Industrial Court, some people took us there and we have done the needful of exercising our right to appeal,” he added.

Strike continues as ASUU’s meeting with FG ends in deadlock