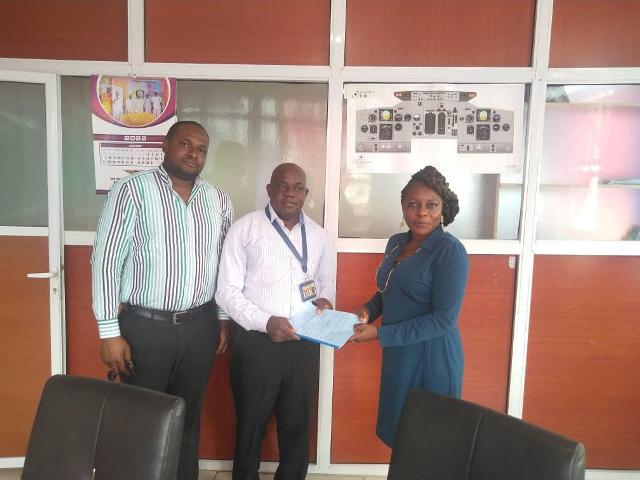 The school, located on the Murtala Mohammed Airport Road, will offer training in Basic and Advanced Flight Dispatcher.

Speaking during the presentation of the certificate at the NCAA office at the Nnamdi Azikiwe International Airport (NAIA), Abuja, the director general of NCAA, Capt. Musa Nuhu said the agency was delighted  that the training institute completed the rigorous certification process.

Nuhu who was represented by the general manger, operations, licensing and training standards, (DOLTS), Mr. Haruna Hyelni, congratulated Aviatrix Hub for being meeting the requirements for granting the licence, urging the institute to maintain the standards in accordance with NCAA regulations.

“Going through this certification process is not easy. This process took several months and having gone through this process, we are delighted because the institute has complied with our regulations.

“What the issuance of ATO certificate means is that you have fulfilled all the conditions for the granting of ATO.”

In her response, the accountable manager/chief executive officer of the institute, Mrs. Victoria Adegbe, said the new training organisation “is designed to specially train fight dispatchers.

“Aviatrix Hub is conceptualised as an aviation institute for the training of flight dispatchers and it aims to be the institute of choice for Dispatchers,” she said.

She also revealed that the institute had signed a memorandum of understanding with TEETA Aviation in Dubai and Twiga Aero in the United States to offer other aviation certificate and diploma training.

Besides, she said Aviatrix Hub had signed MoU with Eastwing Aviation, Enugu to train its flight dispatchers.

Meanwhile, said the training organisation had enrolled trainees for both basic and advanced flight dispatch courses.

She assured that the school would ensure that students take both theory and sufficient practical classes.

Over the years, Adegbe said she had trained many students who, according to her, “have excelled in their NCAA exams and are currently working as flight dispatchers in various airlines.

“I am committed to seeing that my flight dispatch students excel in their NCAA examinations while also mastering the art of the profession.”

Ebola: Kenya Airways to be sanctioned for bringing corps from DR Congo