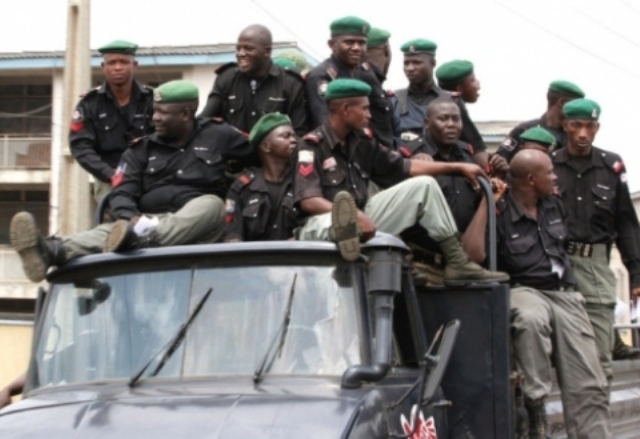 When the news of the assault of Inspector Teju Moses, an officer orderly attached to a big madam broke, police IG Usman Alkali was quick to order the arrest and prosecution of the perpetrators. Kudos to him for preserving the dignity of his officers but he also owes us an explanation for what precisely qualified the woman who allegedly ordered the assault, Prof. Zainab Duke-Abiola, for an orderly. What parameters did the police administration consider before assigning an officer to a private individual? Successive governments have serially banned the assignation of police to VIPs and ordered them withdrawn. The pronouncements have turned out to be empty orders largely because the administrators who uttered them have no ethical backbone to make them happen. Also, assigning officers as private security for some individuals is a source of good money they will not give up that easily.

Shortly before the Duke-Abiola incident, four police escorts and several aides in the motorcade of Senator Ifeanyi Ubah were killed during an attack earlier this month in Anambra State. Ubah reportedly survived because he was in a bulletproof vehicle. That made me wonder: if Ubah thought his life was so important that he tucked it behind a secured car why did he not extend the same consideration to the officers and aides who accompanied him? Their lives mattered too! Had their worth been so discounted that they could be exposed to the potential attack Ubah readied himself for by hiding behind bulletproof glass? If Ubah’s children were part of that ill-fated motorcade, I doubt he would have risked their lives. He would have kept them behind another bulletproof vehicle.

Leaving those poor men vulnerable to the attack that claimed their lives was an unconscionable instance of the inequitable valuation of life in Nigeria. Those officers were used as organic armour to protect Ubah; they died his death. Knowing how poorly such arrangements can be set up, it is doubtful that those officers’ lives were adequately insured so that the families they left behind do not at least suffer. Poor men! They died in active service but not in service of a higher cause. Possibly, another batch of officers has already been deployed to Ubah as security detail.

Rather than the police administration using poor and underpaid police officers as a human shield to protect shady politicians who face the risk of assassination from their political enemies and other disgruntled elements, why not license private security outfits? The police can be given an oversight role over such organisations but they are no longer the ones directly in charge of securing VIPs. Apart from the apparent benefits of freeing police officers to do their actual jobs of attending to ordinary people, liberalising that sector allows private security organisations to better service the VIPs. First, they can conduct a risk assessment of individuals and provide customised services. Unlike the existing situation where poorly-trained and poorly-paid officers are handed guns and made to face a band of deranged miscreants, private security businesses are less likely to put their personnel lives in harm’s way. As a business that needs to deliver value and protect its record, it will invest in training to apprehend and preempt risk. Private security enterprises can get intelligence reports and use them to service their clients according to individual needs. That will be more effective than the current one-size fits all approach of sending them armed officers who will needlessly die when they face heavy firepower such as what the officers guarding Ubah confronted.

Now and then, we raise the issue of the abusive use of police officers, but like many of Nigeria’s problems, nobody has the moral willpower to resolve them. Things merely remain the way they are. Last year, Sergeant Adeleke Ogunsola died playing the role of a gateman for Gbenga Daniel, another “ex” public officer who remains resolutely wedded to siphoning public resources for personal uses. In March, another big madam, former ambassador to the Netherlands, Dr. Nimota Akanbi, was filmed using her police orderly to carry out a task she could very well have done with her own two hands if she were not so self-important. In May, Kogi first lady Rashida Bello was filmed doling out money to her aides, some of whom included her police detail. To her, such a tacky display of wealth announces her generosity but it abuses the privilege of the police presence because she was openly corrupting them. Their accepting money from a woman they were supposed to protect compromises their official duties; rejecting it on professional and ethical grounds would have incurred the wrath of the madam utilising them to burnish her public profile.

If people could be publicly using—and consequently, abusing—the police officers in such a manner, who knows what else they do with them privately? The officers, particularly the female, would have endured some sexual abuse but are unlikely to talk about it. For the most part, officers assigned to these so-called big men and women in society are usually lowly and underpaid. Ours is not a society with enough ethics that allows the commoner to bring a case against the powerful.

When people have an officer deployed to them but instead chose to use them as butlers or footmen, they show they do not need them. The fact that their police details are asked to do demeaning chores that fall well below their policing duties is proof the officers merely exist for them as status symbols. In Nigeria where supposedly big men and women shore up their internal vacuity with kitschy titles and other self-aggrandising absurdities, an officer following you is proof of some social significance.

The whole idea of sending an officer to wait on a VIP also indexes one of the many anomalies of Nigerian resource distribution. Like every other sector of the country, what should belong to the commons is preponderantly appropriated by unproductive elites. In the Netherlands, where someone like Akanbi once served, did she see their elites prancing around with a uniformed officer in tow? No. Serious societies do not secure an individual at the expense of the collective. They concentrate on building a security architecture to serve society and their elites benefit from the guarantee of its functionality as one of many. Nigeria never has enough police officers to ensure the functioning of the society but there is an abundance of them helping politicians, business moguls and self-important individuals carry their handbags and purses, wash their luxury cars, follow them around on meaningless errands and terrorise hapless citizens on their behalf.

Finally, I have no objections to people making up for the deficiency of public systems but it should be at their personal expense. The other day Modupe Alakjia, husband of billionaire oil mogul Folorunso Alakija, got suspended at a private club. What interested me about the incident was not the issues that led up to it but a statement in his self-justificatory account where he noted that the police IG assigned him an escort because he stood the risk of abduction. This is an individual with enough money to hire private security, why did the IG have to rob the public of one more officer for his sake? The risk of him ever being kidnapped has more to do with the exploitation of his privately accumulated wealth, not his public service. Why should the public he is not presently serving be the one to pay for him not to be kidnapped?

Spot the error: The safety and health of our staff is our priority

The judge as a street fighter

US tells FG to look inwards for solution to internal crisis

Yahoo Boy slashes lover’s tongue after defrauding her of N2m