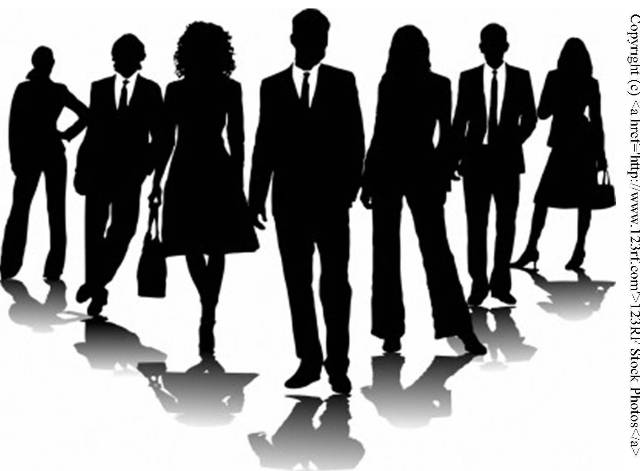 Millennials should be at their sexual prime. Why are so many couples reporting major dry spells?

“The first [several] years of our marriage we had an amazing sex life … and as he got older (he’s 30 now), he just doesn’t seem interested in sex anymore.”

This is one of many comments floating around the r/DeadBedrooms subreddit on the social-media platform Reddit – a self-described “discussion group for Redditors who are coping with a relationship that is seriously lacking in sexual intimacy”. Frustrated anecdotes like these abound from people who are in low- or zero-sex relationships. “Why does he prefer his own hand over having sex with me?” one poster asks. The subreddit’s outlook is relatively bleak: “Advice is always appreciated,” reads its description, “just don’t be surprised if we’ve heard it all.”

While it may seem natural enough for these stories to come from older couples struggling to retain the spark they had decades earlier, many are posted by people who self-identify as being in their late 20s or 30s. Some say children or marriages put a halt to their sex lives; others say their “low-libido” husbands can watch endless pornography, yet won’t get aroused with them. The list of grievances continues from throngs of millennials posting about their ‘dead bedrooms’.

Although millennials are in or around their sexual prime, some members of this generation around the world have reportedly been “retreating from sex”. Accounts from millennials forums including r/DeadBedrooms corroborate this, especially for married and long-term couples.

Some recent statistics tell a similar story: a 2021 survey of adults ages 18 to 45 across the US, conducted by the Kinsey Institute at Indiana University and sex-retailer Lovehoney, showed that among married adults, millennials were the most likely to “report problems with sexual desire in the past year”. The survey showed 25.8% of married millennials reported this problem, while only 10.5% of married Gen Z and 21.2% of married Gen X adults reported the same.

Although “low desire isn’t necessarily synonymous with being in a sexless marriage”, says Justin Lehmiller, research fellow at the Kinsey Institute, “when one or both partners in a marriage experience a drop-off in desire for sex, sexual frequency usually declines – and loss of desire is one of the biggest reasons why marriages become sexless in the first place”.

What, exactly, is going on? Sex therapists and researchers suggest a variety of factors that may explain millennials’ sexless marriages, from their current life stages to the almighty influence of the internet. Regardless of the specific reasons causing sexual fractures in the bedroom, overwhelmingly, this generation is facing some unique – even unprecedented – obstacles to healthy sex lives.

The anatomy of a sexless marriage

There are multiple definitions of a sexless marriage. One is literal: the couple has not had any sex at all for a long period of time. Another widely used measure for a sexless marriage is having sex fewer than 10 times a year.

Experts who spoke with BBC Worklife also had varying ideas. New York City-based sex therapist Stephen Snyder says, “I usually think of ‘sexless’ as four times a year or less,” unless that couple is “having sex quarterly and they both say it’s awesome”. Kimberly Anderson, sex therapist and assistant professor of psychiatry at UCLA’s School of Medicine, puts the rate of a ‘low-sex’ marriage at fewer than 25 times per year. Others say the definition is purely subjective; if a couple is unhappy with the frequency at which they’re having sex, there’s a problem worth addressing.

Many factors can lead to a sexless or low-sex marriage. If there’s a “desire discrepancy”, as California-based sex therapist Christene Lozano puts it, that imbalance can grow over time if the couple doesn’t do a good job of addressing it. The person who wants more sex and keeps initiating it might give up and lose self-esteem if they continue to get rejected, for instance. Meanwhile, the partner doing the rejecting might feel increasingly guilty, altogether creating even worse conditions for fostering arousal.

Other factors including medical or mental-health issues can also contribute, as these can make sex impossible, painful, difficult or undesirable. Busy lives, with work and/or children, can remove sex from the equation, too, as can poor communication about each partner’s desires.

Although these aspects contributing to sexless marriages aren’t particular to any generation, some experts have noticed a shift in who’s experiencing sexless relationships, and at what periods in their lives.

“It’s become a shorter amount of time in which [couples] become sexless,” believes San Francisco-based sex therapist Celeste Hirschman, who’s been seeing clients for about 20 years. Anecdotally, she used to see it take around 10 to 15 years for couples to stop having sex with each other. “Now, it’s maybe taking three to five,” she says.

Anderson, who’s been working as a sex therapist for 30 years, says the demographics of sexless marriages have indeed changed since she started practicing. “Thirty years ago, a majority of the couples I treated for sexless marriage were 50-plus,” she says, struggling with decreased libido from the hormonal changes and illnesses that come with aging.

Today, however, most of the couples in sexless marriages that Anderson sees are 45 and younger. “The underlying dynamics are quite different than they were/are with older couples,” she says.

The weight of stress

Major life stages are one factor. Many millennials are at the age at which they’re becoming new parents or have young children, an overwhelming time in people’s lives. In a 2018 study from UK-based counselling network Relate, 61% of people in their 30s reported having less sex than they’d like because “young children are in the way”, with 31% saying they’ve “lost their libido since having children”. Other generational struggles also feed into stress; millennials were already behind prior generations to meet life milestones, like buying homes; now, spiking prices  and the proliferation of student debt are straining millennials, especially financially.

But most of all, the current state of the workplace is driving stress. May 2022 data from global consulting firm Deloitte, collected across five countries, revealed 38% of millennials reported a massive mental-health burden, especially for women (41%) versus men (36%), largely driven by work anxiety.

The working environment has never been particularly stable or low stress for millennials, of course. “For example, many millennials started their careers during the Great Recession,” says Lehmiller. But the added burden of the Covid-19 pandemic has brought with it further strife.

“During times of great technological change, people tend to work extremely hard,” adds Snyder. And as data shows, millennials are particularly workaholics. Overwork often leads to exhaustion, which can lead to couples repeatedly being too tired for sex at the end of a long day – a pattern these experts say can endure if repeated too regularly. And worries around financial stability are only exacerbating the problem. “Greater financial concerns coupled with higher baseline rates of depression and anxiety could be a particularly potent combination in producing high stress and low sexual desire,” says Lehmiller.

Some experts report that the rise of easily accessible pornography and image-driven social media are interrupting intimacy (Credit: Getty Images)

Some experts report that the rise of easily accessible pornography and image-driven social media are interrupting intimacy (Credit: Getty Images)

The influence of the internet also can’t be overstated. Snyder describes social media as a “distraction” from physical interpersonal activities like sex, but Hirschman believes its role in contributing to sexless marriages goes much deeper. She says it’s led to increased “image consciousness” among millennials – the first generation to really be conscripted into heavy social-media use.

People feel the need to present perfection on these platforms, she says, with filters and touch-ups that aren’t available in real life. The resulting self-consciousness can follow people into their bedrooms and marriages, making them less body confident. Per Relate’s 2018 data, 37% of people younger than 30 who were in low-sex partnerships reported self-consciousness about their bodies, while only 14% of those 60 and older said the same.

And it’s clear that a lack of sex is a topic some people find hard to even talk about with the person with whom they are sharing a bedroom, let alone more broadly – making understanding the issues and finding solutions even harder.

As one Redditor wrote on r/DeadBedrooms just a couple days ago, with busy lives and myriad pressures, even raising the subject can seem impossible. “I just don’t even know what to ask for anymore,” wrote one struggling woman. “I want to fix this, I just don’t know how.”

Ngige is a jester – ASUU President

Lagos, Ogun states monitor 100 persons who had contact with Italian...

The peculiar bathroom habits of Westerners