Home Business First Bank in the service of the mining sector 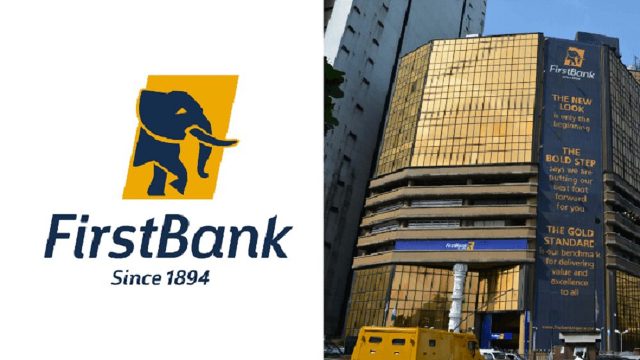 Nigeria is a mining nation although it is a bourgeoning participant in the sector. Estimated mineral endowments from available data suggest a value between $700 billion and $1 trillion untapped resources under the ground

Statistics by the Nigerian Geological Survey Agency (NGSA) confirm that Nigeria has over 44 mineral deposits occurring in commercial quantities in over 500 locations across the country. But these resources cannot contribute to the country’s development as activities are small-scale and are plagued with little inflow of funds.

According to the Solid Minerals Development Fund (SMDF) if Nigeria were to match the oil and gas production levels, the mining sector would generate annual revenues of $15 billion.

It also revealed that an estimated $1.3 billion Nigerian gold has been illegally taken to Dubai in the last two years while informal exports indicate tremendous potential: $2.2 billion worth of gold, tin and lead illegally exported from Nigeria between 2016 and 2018.

Nigeria, according to the agency, is a natural investment destination already, but the capital is not flowing because of a seemingly low capital investment in the sector.

Not to worry anymore. Given the magnitude of mining projects, their development and revenue-generating potential, First Bank of Nigeria Plc has taken a keen interest in the sector.

At a recent 2022 Mining Week conference held under the theme, ‘Profiling Nigeria’s strengths: Achievements and focus areas,’ the bank said it was out to support the mining sector development and growth as part of efforts to diversify the Nigerian economy.

Speaking at the event, the bank’s group head, upstream and midstream energy, Mr. Temitayo Osundosumu, described the mining industry as “extremely dynamic” unlike the oil sector, which, according to him, has consistent features.

He said the bank was developing itself in the mining sector stressing that “we are proud that we have good background and understanding plus skill sets internally to support its growth in Nigeria.”

Osundosumu who further said mining “is a large market” stated that “FBN is committed to ensuring its success through the provision of bespoke financial solutions aimed at growing the industry.”

As evidence of the bank’s history in the mining sector, he said: “The Shanta Gold Mine owned by a UK listed Company in Tanzania was developed, constructed, and upsized to production of almost 100,000 ounce per annum concluded via FBNBank UK financing. This speaks to our capacity to support good assets in our environment.”

He added: FBN is poised to support development and revenue generation from the mining industry across Africa. With its presence in Nigeria (the group office) and subsidiaries in Ghana, Guinea, Senegal, DRC, The Gambia and Sierra Leone, the Bank will continue to support the growth and development of mining industries and special projects across Africa through the provision of specialized lending and financial solutions.”

He said the mining industry is a growing one which requires all the resources it can get.

‘‘We want the miners to speak with us. Most of the time it is not always loans they need, it could be banking solution, discussing with other partners on new finances, among others. We have done this across our footprints in Africa and we are keen to doing it in Nigeria,” he said.

Commenting on the structure of the industry, Osundosumu commended the ministry of mines and steel development for taking laudable steps in restructuring the sector such that artisans and small-scale miners are being put together in a well-organised manner.

‘‘A good one is the SMDF which is a way to de-risk all the issues in the mining industry with the bid that banks funding will be applicable to it and can take the industry forward,’’ he added.

Impressed by the step taken by FBN, the ministry has appealed to other banks in the country to fund the solid minerals sector with a view to boosting the national economy.

The director of artisanal and small scale mining department in the ministry, Mr. Obiora Azubike cited commercial banks in South Africa, Canada and Australia which fund mining operations in those countries, adding that the bulk of those countries’ gross domestic product (GDP) are derived from mining.

He said in an interview with NAN that if banks could finance the mining sector in other countries, Nigerian banks should also participate in funding solid mineral sector in the country.

“In South Africa, banks are the key financiers of mining activities; even in Canada, they are supporting mining.

“But our banks are not funding mining sector, why,” he asked.

Azubike stressed the need to encourage banks to participate in developing the sector, saying it would facilitate industrialisation, generate more jobs and additional revenue.

The director said the World Bank, through its sustainable management of mineral resources project, had trained Nigerian bankers on ways to interpret the feasibility studies in the mining sector.

He added that during the training, series of meetings were held between some commercial banks, including the Nigeria-Export Import Bank, on the possibility of granting loans to miners.

Azubike said the ministry initially felt that the banks did not understand the mining mechanisms.

However, he said it later became clear that the banks were only shying away from granting loans to miners because of the long gestation period of mining.

He said the ministry had invited bankers to its seminars and conferences to sensitise them on the need to extend credit facilities to miners.

According to him, most bank complained that returns on mining are slow and that recouping investments in the minerals sector might be somewhat difficult.

“They said that if the same money is invested in other sectors, the returns on investment will be guaranteed and faster,’’ he said.

The importance of increased financing of the mining sector was underscored at the mining and solid minerals conference organised by the Mining and Solid Minerals Group of the Lagos Chamber of Commerce and Industry (LCCI) held under the theme ‘Solid minerals: The foreign exchange game changer’.

He also said the direct foreign investment in the mining sector creates a massive inflow of foreign exchange for the exploration and development of minerals with a positive impact on infrastructure and employment.

However, he noted: “A key constraint in the accelerated development of solid minerals is the undeveloped financing mechanisms for the mining sector. The Nigeria banking system has limited exposure to mining which probably is due to the lack of sufficient understanding of the sector.”

Azubike appealed to banks to fund and support the development of mining operations in the country.

“Banks should look at the mining sector and support its development because if the sector is properly developed, it will be in the interest of everybody,” he added.

He commended the World Bank for its mining development grant, adding that artisanal and small-scale miners got 10 million dollars from the grant for their activities.

“The World Bank had actually committed money for the development of the mining sector. UNIDO is also doing something to assist the sector,” he said.

Recall that the World Bank approved $150 million credit to help increase the mining sector’s contribution to the Nigerian economy.

The project, according to the Bretton Wood institution, would help to establish a strong foundation for mining sector development in the country, enhance competitiveness by improving information infrastructure and knowledge of mining, as well as strengthen key government institutions and foster domestic investments in the sector.

“The project will help develop measures for formalizing, regulating and inventorying artisan and small-scale mining, facilitate the flow of mineral transactions and facilitate access to finance.

“It will facilitate access to technology and equipment; increase knowledge and support the mining and processing of the minerals in accordance with best practices,’’ the bank said.

The expected results, according to the bank, include the ability to attract and develop mineral transactions on medium and large mining operations and any other mining related investments.

One of the key objectives of the project was to support the federal government’s priority to diversify the economy to a broader range of non-oil productive sectors.

“The support will include the realisation of the full mineral endowment for sector policy, promotion, conducive business environment and integrated long-range resources and investment planning,” the bank added.

Nigeria, the World Bank also said, had been unable to attract significant investment in exploration and mining into the sector adding that the current productivity from the Nigerian mining sector was still insufficient to meet local demands, particularly for industrial minerals.

The critical binding constraints of the sector’s development include insufficient geo-data and geological knowledge, weak implementation and enforcement of the mining law and regulations.

Perhaps, with local banks like FBN resolving to invest in the sector, the government would see the need to tackle the roadblocks so that investors would reap bountifully and continue to pump in more capital.

A President’s ‘missing’ iPad and other perils

No ambition to replace Okupe as LP campaign DG – Balami

To be accountable on security