Home OPINION Spot the error: The safety and health of our staff is our... 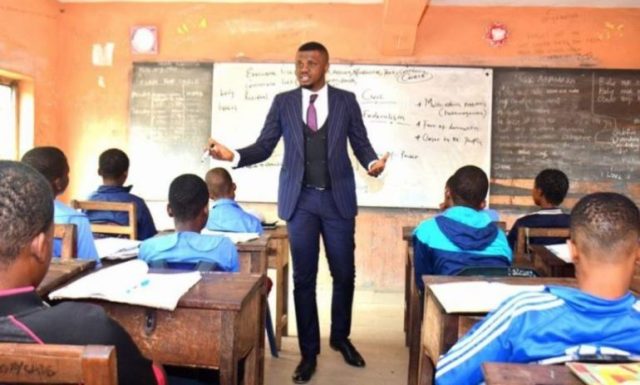 The rule that guides compound subjects is one you should always respect. It says a plural verb should be used when two or more different elements are combined (with ‘and’) to form the subject. On the other hand, the singular verb is used when the subject is a person, thing or an idea:

The NNPP and AAC are having their rallies tomorrow.

The NNPP is having its rally tomorrow.

The AAC is having its rally tomorrow.

As basic as this rule is, some of us – if not many – still violate it. Although there are exceptions to the rule, it remains binding where different nouns (and other related items like pronouns, gerunds, phrases and clauses) are combined with ‘and’ as well as commas.  We have discussed this directly and indirectly on more than one occasion in this class. But an observation by a concerned expert, Dr Akintayo J. Edmund, makes revisiting it important.

The Nigerian-British broadcaster and voce artist notes that even in official quarters, singular verbs are wrongly used with constructions having merged nouns as subjects.  In a message he sent to me, he provides the following examples to substantiate his frustration:

The safety and health of our staff is our priority.

Peace and security is important for every nation.

Famine, a lack of health care and fighting has caused the deaths of more than 300,000 civilians.

In the first sentence, the choice of ‘is’ is wrong because ‘health’ and ‘safety’ are two different entities joined by ‘and’. The correct verb is ‘are’, for the breakdown of the clause is:

*The safety of our staff is our priority.

*The health of our staff is our priority.

Now combined: The safety and health of our staff are our priority.

Similarly, peace and security are two distinct ideas. They seem interwoven but they are not the same. Hence, the second sentence can be broken down thus:

*Peace is important for every nation.

*Security is important for every nation.

Meaning: Peace and security are important for every nation.

The third sentence is, interestingly, from a popular British agency. That is why Edmund is worried that the error is committed even at that level.  With ‘famine’, ‘a lack of health care’ and ‘fighting’ combined, the correct verb is ‘have’, not ‘has’:

Famine, a lack of health care and fighting have caused the deaths of more than 300,000 civilians.

So, when nouns connected with ‘and’ constitute the subject – even as the nouns do the same thing in the sentence – the right verb is the plural:

*The toilet and the room have been swept.

*His faith and philosophy do not matter to me. (Not ‘does’.)

Some run foul of the rule simply because they indulge in long sentences. They find it difficult to manage the length or just forget the noun that should govern the verb:

The stoutly built young man and his brother, who was the first to arrive at the scene where they saw the boy, has left.

Has? No. The correct verb is ‘have’, working with the man and his brother.

There are situations compound subjects, however, select singular verbs. In other words, you should not over-genaralise as far as the rule is concerned.

When two nouns refer to the same person or thing

*My sister and sponsor, Mrs. Bella Osy, has been very kind to me.

*The President and party leader wants the best for the country.

*The giant monkey and ringleader regularly jumps onto the roof.