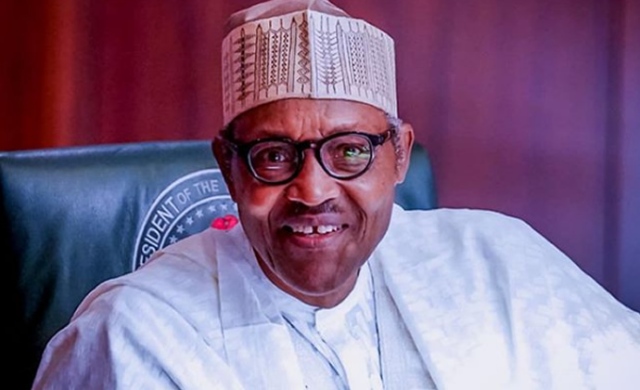 On Wednesday and yesterday, President Muhammadu Buhari pleasantly surprised me. On Wednesday, the Federal Executive Council meeting over which he presided approved mother tongue instruction in the first six years of schooling.

Minister of Education, Adamu Adamu told State House Correspondents at the end of the meeting that: “A memo on national policy was approved by the council. So, Nigeria now has a National Language Policy and the details will be given later by the ministry.

One of the highlights is that the government has agreed now that henceforth, instruction in primary schools; the first six years of learning will be in the mother tongue.”

He said more, of course, but the general import is that our children will now be taught in primary school solely in their mother tongues — the language spoken predominantly by the people of the locality in which a school is sited. It will present many challenges, but they are not insurmountable.

I am happy that we have at last taken a GREAT step towards real national development in terms of nurturing and culturing our greatest gift from GOD — human resources. With this, the Buhari administration has moved to write its tenure in gold, even if it woke up on the eighth day of the week, just six months to the end of his administration. How good and pleasant this would have been had it been done in 2015!

By now, we would have dealt with the issues arising from its implementation and settled on the way to having real national development. Imagine teaching Arithmetic, Geography, Social Studies and other subjects in Yoruba, Igbo, Hausa, Ijaw, Bini, and some other 400 languages! Imagine the developmental potential that would have been unleashed as more indigenous information come up from their language silos onto the plane of universality! Better late than never. Kudos, Buhari!

Yesterday, the President sprung another surprise when he openly declared that state governors steal the funds of local governments. Mr. Buhari was speaking at an event hosted for members of the Senior Executive Course 44 (2022) of the National Institute for Policy and Strategic Studies (NIPSS) at the Presidential Villa, Abuja, and added that it beats anyone’s imagination how some state governors would collect money on behalf of council areas in their states, only to remit just half of such allocation to the council chairman, who would further deplete the remittance in further pilfering of public resources.

He actually went ahead to cite an experience involving a governor who he refused to name.

“The governor will pocket the balance and share it with whoever he wanted to and then the chairman of the local government will see how much he must pay in salaries. To hell goes development. Monies for the salaries will be given and the balance will be put in his pocket. This is what is happening.

“This is Nigeria, it’s a terrible thing, You cannot say the person who was doing these was not educated, he was a qualified lawyer, he was experienced, yet he participated in this type of corruption.

“So it’s a matter of conscience, whichever level we find ourselves. As a leader, you sit here, with all the sacrifices the country is making by putting you through institutions and getting you ready to lead. The fundamental thing is personal integrity. May God help us.”

There you have it. Last week, I took on a former state attorney-general who attempted to rubbish the clamour for local government autonomy, and who actually went ahead to aver that state governors can give any amount they like to local governments, as if the money in question is the personal belonging of the state governor.

Adebayo Mutalubi, a former attorney-general in Oyo State actually said this. His words: “A governor may give what is due to local governments in part or in full as he pleases. That is the spirit of federalism. That is why, most times, we only appeal to these governors to at least allow the local governments to operate freely and not as a matter of obligation.”

Now, what does Adebayo make of President Buhari’s dislosures? However, my problem on the issue is with Mr. Buhari himself. So, he knows what was going on all along? Beyond his executive order, and directives given to the Nigerian Financial Intelligence Unit, NFIU, what else has he done to arrest the situation?

Buhari cannot claim ignorance of the constitutional provision that there shall be a joint state/local government account. Section 162 (6), (7) and (8) of the 1999 constitution establishes the special joint account and instructs the state to pay its 10% internally generated revenue into this account and distribute to local governments in the state on such terms and in such a manner as may be prescribed by the State House of Assembly.

From the foregoing, the Constitution is very clear and straightforward on how the state-local joint special account should be operated. But we all know what has happened since 1999. Mr Buhari has had more than seven years to correct this anomaly.

He could have started with the sponsorship of an executive bill to separate the accounts and other impediments in the way of local government autonomy. He has not. And now, he is crying wolf, just six months to the end of his tenure. Poor. F-9. Let the campaigns continue, without petrol!