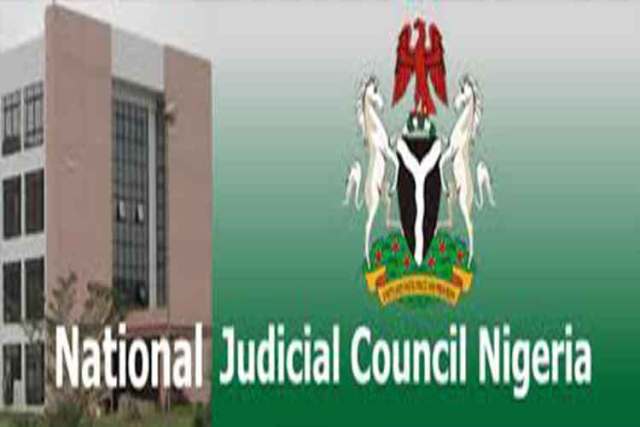 The National Judicial Council (NJC) has set up 15 investigative panels to probe 15 judges accused of various forms of misconduct.

Spokesman for the council, Mr. Soji Oye, said in a release yesterday the decision was reached during the council’s 99th meeting held on November 30 and December 1, 2022 and presided over by its chairman and Chief Justice of Nigeria (CJN), Olukayode Ariwoola.

The judges, according to the statement, are those of federal and state high courts.

He said the NJC took the decision to set up the 15 investigative panels after reviewing the recommendations of three Preliminary Complaint Assessment Committees (PCACs).

The probe panels are to determine the culpability of the judges following various petitions filed against them by individuals and corporate bodies.

He said the three PCACs assessed a total of 66 petitions forwarded to them by the NJC from all over the federation.

“The decision is sequel to the submission of recommendations of three preliminary complaint assessment committees which considered 66 petitions forwarded to them by the council from all over the federation.

“The council, however, dismissed the petitions against 51 judicial officers of the federal and state high courts for either lack of merit, being subjudice, or being matters for appeal or that the concerned judge has retired from service,” he said.

The statement reads in part: “The council, however, dismissed the petitions against 51 judicial officers, of the federal and state High Courts for either lack of merit, being subjudice, or being matters for appeal or that the concerned judge had retired from service.

“Council was formally presented with the reviewed Judicial Information Technology Policy, which established the general requirements and responsibilities for the Nigerian Judiciary systems and information.

“The policy provides for guidance of courts and judicial bodies in protecting Confidentiality, Integrity and Availability (CIA) of judiciary function and process.

“It also stipulates guidance for acceptable use of system, services and technologies as well as provisions for secure storage of judicial data and recovery processes in the event of emergencies or distress.

“It further provides guidelines and incident management policies including Data Centre deployment and use policies.

“The scope is intended for all courts and judicial bodies in Nigeria, including staff of the Nigerian Judiciary, employed or contracted to any judicial body handling information that is generated, received, stored, transmitted, or printed.

“It encompasses all personal or Judiciary identifiable data held in their courts and judicial bodies’ systems and process including supporting mechanisms and technologies for managing such data at rest or in transit.

“All staff are expected to comply with the policy and associated standard protocols and procedures that have been put in place to support the document.

“The policy is applicable to all courts’ units, departments of all judicial bodies in the Nigerian Judiciary.

“Council noted appointments of judicial officers recommended for appointment at the last meeting who have been sworn -in as judges of federal and state High Courts.

“Reports from standing and ad-hoc Committees of the council were also presented at the meeting as well as notifications of retirement of 16 judges and notification of death of a judge from the federal and state High courts.”

The names of the judges billed to face trial were not named in the NJC’s statement.

It only discloses on names of judges that have been sanctioned at the end of such probes.